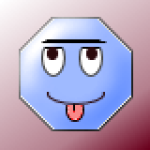 Garnik Poghosyan, CEO of Liberty One, currently has a warrant out for his arrest in the amount of $350,000

On April 1, 2007, DiBona, a loan consultant for Liberty One Financial Group in Van Nuys, “cold called” Harbor Gateway homeowners and offered to refinance an existing mortgage loan on their home. Along with Nocera, a Liberty One Sales Director, DiBona, in a classic bait-and-switch, deceived the victims into applying for and obtaining refinancing in excess of the amount, interest and monthly payments they were promised by the lender.

The victims later learned that their signatures had been forged on many of the loan documents, and that their income and assets had been fabricated on many of the documents. By the time the victims were made aware of all of the discrepancies and tried to get assistance with problems, they were threatened with foreclosure and had suffered substantial financial losses.