Voguing And Vacationing In Vancouver

VANCOUVER, CANADA — There is a distinctly English feel about Vancouver, the mild climate producing a lush greenness combined with a love of flowers which transforms the city into a floral showpiece. The city is surrounded by water yet Grouse Mountains which forms a backdrop to the city is great for skiing for half the year.

Once the preserve of the local Salish Indian tribe it wasn’t until 1862 that three young Englishmen opened a brick works in the area and the town began to develop. Saw milling followed and finally in 1886 the town was incorporated.

One of the earliest developments was the opening of a saloon by one ‘Gassy Jack’ Deighton, and the community that grew up around that saloon was called Gastown. The area has been nostalgically restored and includes fine galleries, restaurants and boutiques and is one of the best places in the city to find distinctive souvenirs of traditional handcrafts. Of special interest is the world’s first steam driven clock on the corner of Cambie and Water Streets which obligingly ‘hoots’ the hour with a fine burst of steam. 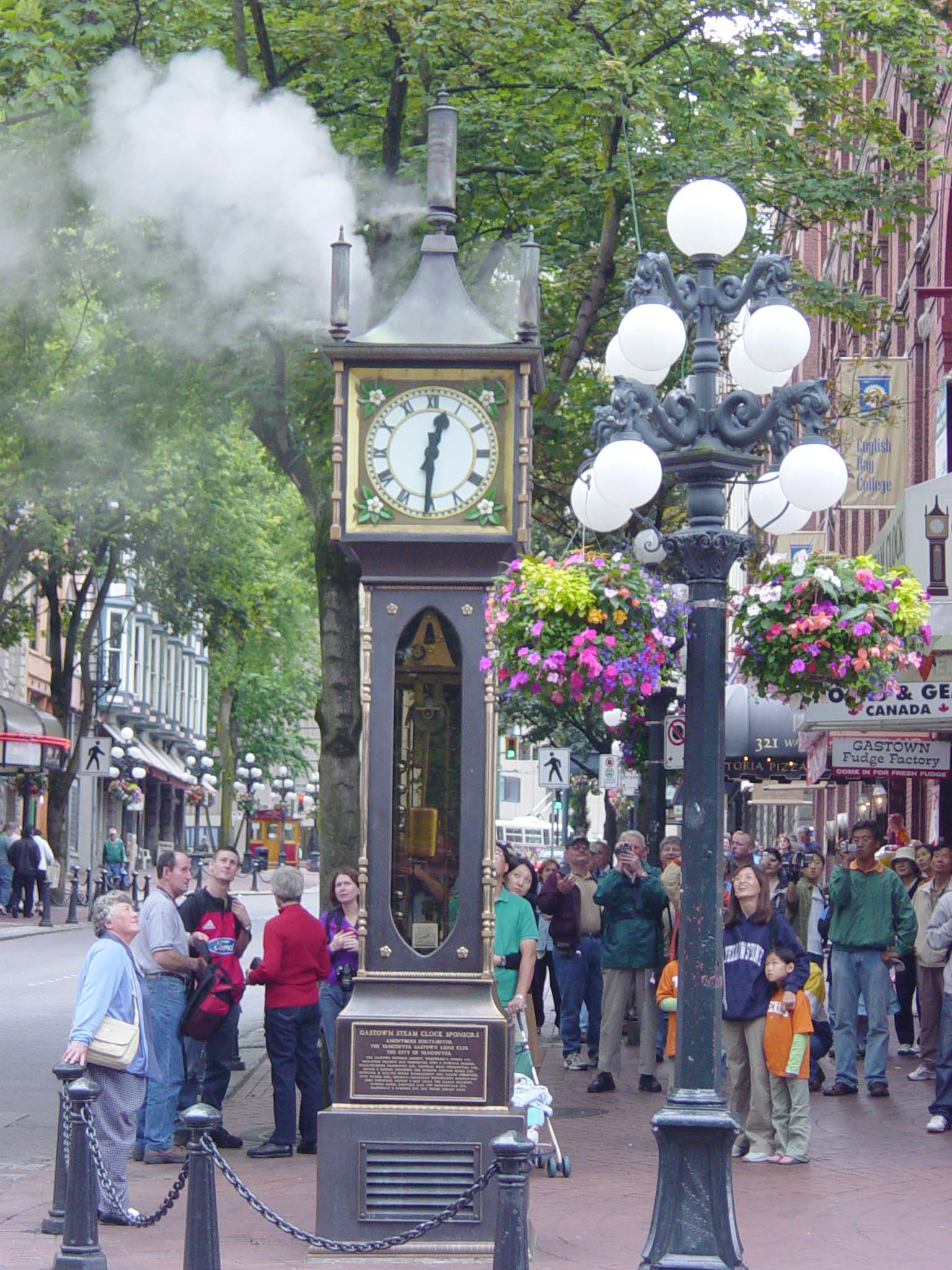 A ride to the Lookout at the top of the Harbour Place tower is worthwhile for the views over the inner harbour with Lions Gate Bridge and the mountains on the north shore forming a backdrop. Below are the colourful sail-like shells of Canada Place on the waterfront which contains an IMAX big screen theatre and is also the place from which many cruise boats depart for Alaska through the magnificent inner passage.

When Vancouver was only a month old the 400 hectare tip of the peninsula that juts out into the waterways at the end of the downtown area was proclaimed a public park, Stanley Park, and it has become Vancouver’s premier attraction. People walk, roller blade or bicycle along the paths that skirt its edge, stroll in the magnificent gardens, go to the aquarium or stare at the totem poles.

There are other parks that are a mass of colour for over half the year. Two that are easily reached by local transport are Queen Elizabeth Park and the Van Dusen Botanical gardens. The former is situated on the highest point of the city and in clear weather provides panoramas of Vancouver and its mountain backdrop.

The botanical gardens at the University of British Columbia together with the Japanese style Nitobe Garden within the same campus are also a must. Also at the UBC Campus is the wonderful Museum of Anthropology with its exhibitions providing insights of indigenous peoples around the world together with a superb collection of ceramics. 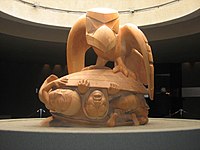 The city area of Vancouver is separated from the north shore residential area by Burrard Inlet. After crossing Lions Gate bridge a tour of the evocatively named British Properties exclusive residential enclave is a must, all styles of architecture blending into the hillside among their beautiful gardens.

I have a fear of heights and suspension bridges are not my thing. A few years ago when I tried to cross the Capilano Suspension Bridge which hangs about 230ft above a deep canyon and is 450ft long I ‘freaked out’ when a group of schoolchildren caused it to sway disconcertingly and I headed for firm ground. This time I summonsed up the courage (especially after a young attendant offered to guide me across) and made it safely without too many palpitations. More intrepid tourists were nonchalantly leaning over the railings in the centre taking photos.

Past Capilano an aerial gondola whisks you quickly to the top of Grouse Mountain for magnificent views over Vancouver and Burrard Inlet. In winter the mountain are snow covered so the locals can ski right at their back door.

The main street for promenading is along trendy Robson Street, full of cafes and bars and the place to watch the passing parade.

However in recent years there has been considerable redevelopment in inner areas bringing new life. Granville Island has been transformed from a rather depressing industrial site to a vibrant community recreational and market style enclave and is a hive of activity at weekends; the food and produce is mouth-watering.

A number of people even live on stylish houseboats moored adjacent to the activities on the island but also close to the city centre. A variety of cultural activities add to the attractiveness of the area.

Close by the Yaletown area of the city has been refurbished with new apartment blocks and lots of trendy pubs (microbreweries are a specialty) and restaurants.

Vancouver has one of the largest Chinese communities outside the Orient and there is a thriving and thriving Chinatown close to the city just beyond Gastown. Fascinating shops full of herbs and spices, traditional Chinese medicines and other rather odd looking merchandise. A quiet retreat from the bustle outside is the Dr Sun Yat Sen Classical Chinese Garden which is the first authentic Ming Dynasty Garden to be built outside China.

The Loden Vancouver Boutique Hotel, ideally situated close to Coal Harbour, Stanley Park and the centre of Vancouver’s downtown area is the perfect place to base yourself to enjoy the many attractions of this vibrant city.

The hotel is only a short walk to Burrard station on the city’s metro and offers 77 rooms ideal for both the business and leisure traveller. The spacious rooms are modern with comfortable beds, excellent en-suite facilities and all the mod cons you would expect for a top class hotel.

Dining is a feature from breakfast to dinner in the cozy Tableau Bar Bistro, a superb culinary experience. As the publicity says it is ‘modern by nature, inspired by design and luxury by choice. For more information www.theloden.com