The Dream Of Old Hawaii Is Alive In Hana

MAUI, HAWAII — Hana’s residents exude a gentleness, a graciousness that is palpable and unforgettable. Even celebrities who seek anonymity end up staying, because the people of Hana respect their privacy. They would never point out a Willie Nelson, Kris Kristofferson, or Woody Harrelson pulling up to the general store.

The Hana Highway is 52 serpentine miles from Kahului. The road winds around 600 curves and over 54 one-lane bridges, through scenery straight out of a Technicolor travelogue, with waterfalls splashing beside the road, seducing swimmers to its fern-lipped plunge pools. Fruit trees dangle their offerings: mango, guava and banana. Banks of wild ginger perfume the air, and dramatic vistas unfold around every bend.

At Keanae, a green finger of land along the way, people still tend their taro patches while the turquoise sea crashes endlessly against a rugged lava shore.

On the road to Hana there are State parks for picnicking, botanical gardens open to the public, and an occasional fruit stand selling snacks and dispensing gossip and local lore.

The raw beauty and wild rainforests of the coast eventually ease into the rolling, emerald-colored meadows of the Hana Ranch. Guided horseback rides entice visitors to explore the beautiful valleys, hillsides and forests of the district. 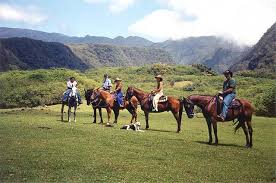 In Hana town, the pastures roll right up to the main street. The social centers are the baseball field and the two churches, where, on Sunday mornings, the hymns ring out in the old Hawaiian language and visitors are greeted with fresh flower lei.

There’s Hotel Hana-Maui, quietly tucked among the trees with broad green lawns yawning down to the ocean, gourmet food, spa facilities and a fully menu of vacation activities, from hula lessons to horseback riding. There are also inexpensive bed and breakfast inns, vacation home rentals, an oceanfront resort condominium, and even a tiny Japanese inn complete with tea room and Japanese-style gardens.

Just down the road from town is the Kipahulu section of Haleakala National Park. This is the site of the famous Pools of Oheo where waterfalls spill into tiered pools leading to the sea. Rangers are on hand to conduct nature walks and advise about the many hiking trails through forests of bamboo, past roaring cascades into the green heart of the island.

Famed aviator Charles Lindbergh, who saw most of the world then fell in love with Hana, is buried near Kipahulu in the yard of a little country church. His epitaph reads, in part: “If I take the wings of morning and dwell in the uttermost parts of the sea…”

The history of this unique part of Maui is chronicled in the small Hana Cultural Center & Museum. Its collections include more than 560 artifacts, 600 bottles and a compelling collection of some 5000 photographs, all from the Hana area. Here, visitors can view such treasures as Hawaiian quilts, poi boards and phallic stone, a symbol of fertility. 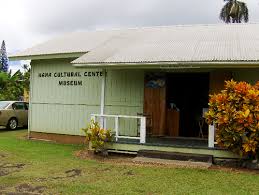 One of them, Queen Kaahumanu, was the favorite wife of Kamehameha the Great. She was born in 1768 in a cave in the side of Ka‘uiki, a prominent landmark known as the “fortress hill,” located on the right side of Hana Bay. After Kamehameha’s death in 1819, Kaahumanu changed Hawaii’s way of life by challenging the authority of the high priests. By eating publicly with men, she destroyed the ancient kapu (taboo) system on which the Hawaiian religious-political order was based.

In pre-western Hawaii, many a battle was fought to claim the coveted lands and shores of Hana. Splashed by clear waters and endowed with rich reef life, Hana’s beaches come in brushed gold, purest white, and gleaming jet black. One beach is even the color of crushed garnets, and another, of sparkling green olivine.

Hana is an anachronism in the 21st century: a place where tradition is alive and aloha is a way of life, where strangers are welcomed and hospitality is as prevalent as nature. In his book Ruling Chiefs of Hawaii, Samuel Kamakau called Hana “a noted place famous for the fortified hill of Kauiki, the surf at Puuhele, the fresh water bathing pool of Kumaka, the diving at Waiohinu, the flying spray of Kama, the changing color of the fronds of amau fern, the yellow-leafed awa of Lanakila, the delicious poi of Kuakahi, the fat shellfish (opihi) of Kawaipapa…” and an unending source of other joys. 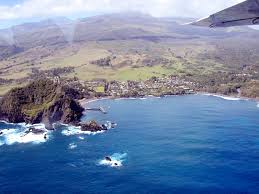