Police Officer and Attorney Charged With Bribery and Conspiracy 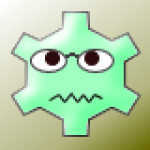 SANTA ANA, CA—An Inland Empire police officer and an Orange County criminal defense attorney were taken into custody this morning by special agents with the FBI on federal bribery charges.

Rialto Police Officer Aaron Scott Vigil, 41, of Highland, and criminal defense attorney Lawrence Anthony Witsoe, 67, of Mission Viejo, surrendered to the FBI after being named in a three-count indictment that was returned by a federal grand jury on June 1.

The indictment, which was unsealed this morning, alleges that Vigil, who served as a task force officer with the Drug Enforcement Administration, agreed to accept a $2,500 bribe in exchange for falsely telling the Orange County District Attorney’s Office that a criminal defendant being represented by Witsoe was a cooperator who had provided information to the DEA.

The indictment charges both men with two counts—conspiracy and soliciting and accepting a bribe by a public official. Witsoe alone is charged with bribery of a public official. Both men are expected to be arraigned this afternoon in United States District Court.

According to the indictment, the bribery scheme began in the fall of 2009 when Witsoe told a client who was facing assault charges in Orange County Superior Court that for a sum of money—initially $1,000, but later increased to $2,500—Witsoe could potentially get the assault case dismissed. Witsoe told the client that he could have a DEA agent call the Orange County District Attorney’s Office, explain that the client was a DEA informant, and ask the district attorney for consideration for the work the client had performed for the DEA.

Thereafter, Vigil contacted the Orange County District Attorney’s Office on several occasions and explained that Witsoe’s client had provided reliable information regarding drug traffickers and that his cooperation led to the DEA seizing $110,000 in drug money, according to the indictment. When the district attorney dismissed the case, Witsoe instructed the client to wire the $2,500 to his client trust account, and Witsoe then wrote a check to the ex-wife of an associate of Vigil.

An indictment contains allegations that a defendant has committed a crime. Every defendant is presumed to be innocent until and unless proven guilty in court.

The case against Vigil and Witsoe was investigated by the Federal Bureau of Investigation, which received the full cooperation of the Orange County District Attorney’s Office.