LONDON, UNITED KINGDOM — Earlier this month, the Royal Lancaster London unveiled its brand new design following an £80 million renovation. The prestigious hotel overlooking Hyde Park has been completely transformed both internally and externally in this universal restructure.With the opening of its opulent new entrance, the mid-century icon reinstated its original name ‘Royal Lancaster London’. The concept and design was created by London-based Studio Proof. 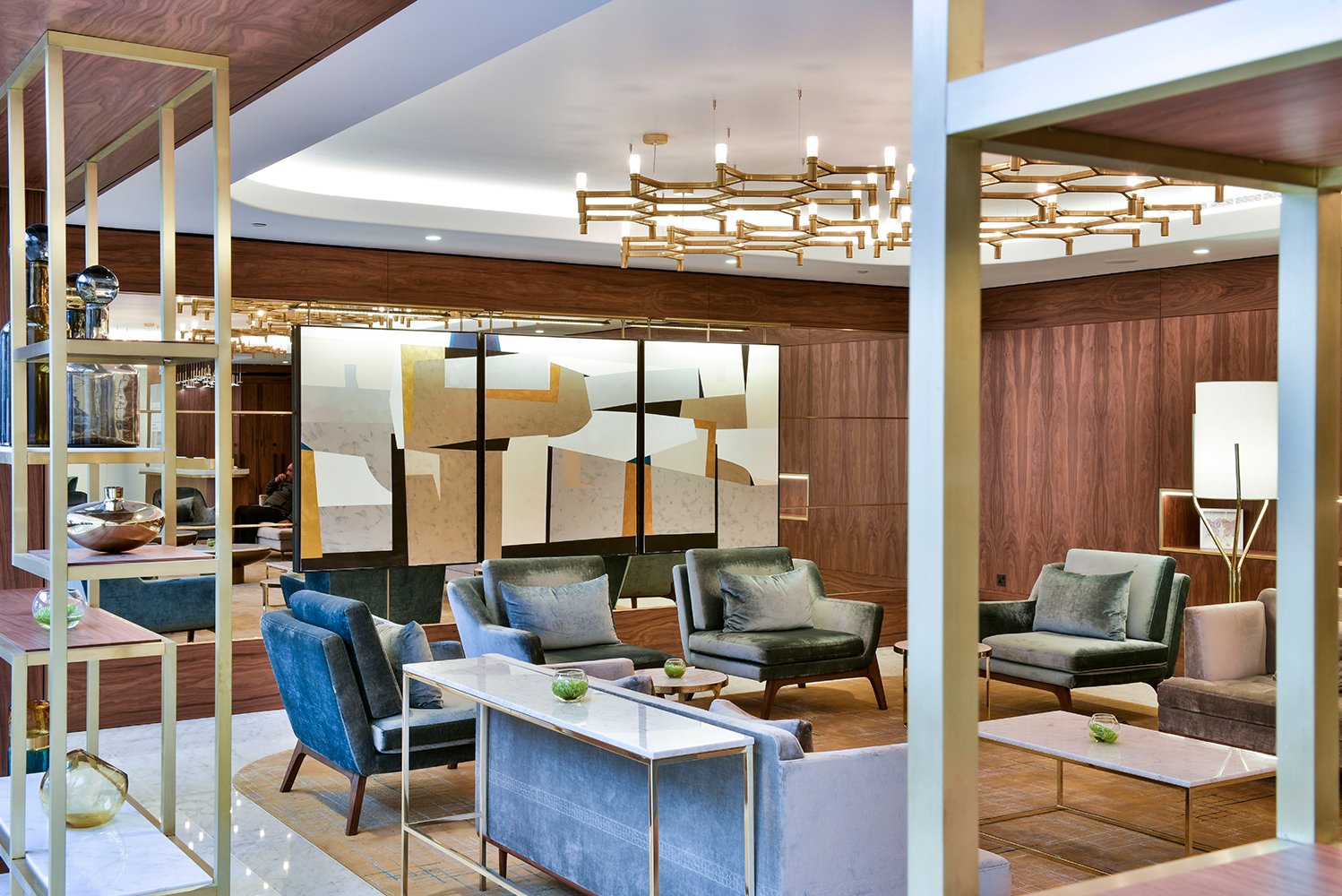 The entire frontage of the hotel has been remodelled and the exterior architecture now features a dramatic 8-metre high glazed façade revealing an impressive double-height reception space. The showpiece of the lobby is a palatial sweeping staircase made of 300 square meters of white Carrara marble which wraps around to the first floor.

Set within acres of white marble is the elegant Hyde Lobby Bar, a new innovation echoing the name of London’s most famous royal park. Designed with the most discerning guests in mind, Champagne, cocktails, coffee and light cuisine are served throughout the day.
The redesign of the towering 18-storey hotel encompasses the complete refurbishment of all 411 guestrooms and suites. Every guestroom has a far reaching view across London, and the modern design emphasizes these premium vistas. Room categories start with the Classic Double Room at 20 square meters, priced from £219 per night. All of the guest rooms have Handy phones, hidden international plug sockets, bath robes, slippers, The White Company toiletries, waterfall showers and under floor heating in the bathrooms. TVs show over 138 international channels and 33 radio stations are available.
The first stage of the refurbishment commenced in 2015 with the redesign of Nipa Thai, the hotel’s award-winning restaurant. The grand opening is now taking place as the majority of the hotel is completely renovated. Royal Lancaster London will be finalised in May 2018 following a soft re-design of The Lounge Bar and The Park Room on the first floor.
General Manager Sally Beck said: “The hotel has had a rich and celebrated past, having opened as one of the most chic hotels in London in 1967. 50 years later, Royal Lancaster London will reopen in 2017 to once again be one of the most stylish hotels in the capital. Our Thai owner, Khun Jatuporn Sihanatkathakul has been directly involved in the new design which exudes mid-century glamour and understated elegance synonymous with London. We are looking forward to the next 50 years.” 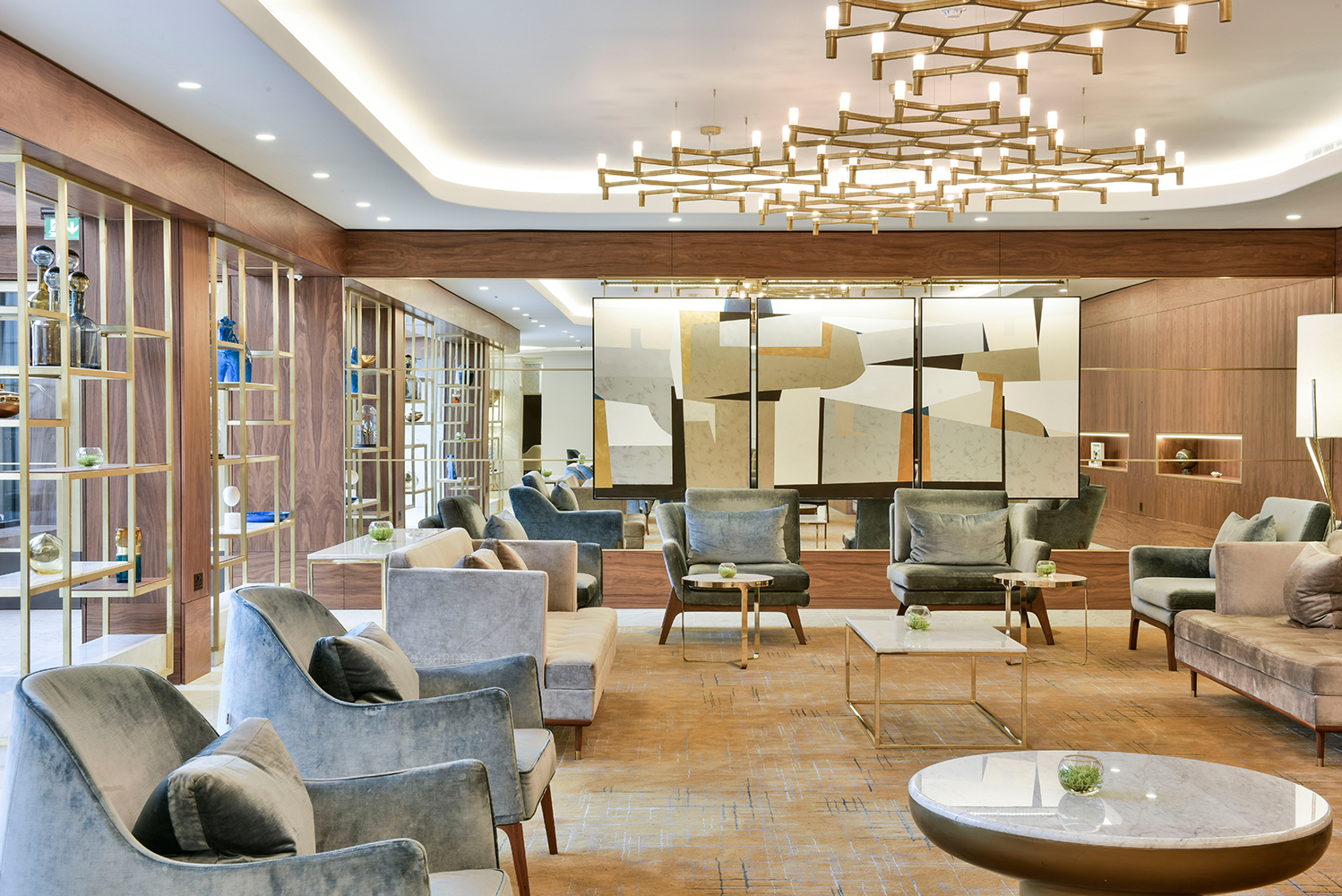 As one of the most iconic hotels in the Capital, Royal Lancaster London has an illustrious history; from Michael Caine being filmed for ‘The Italian Job’, to events attended by Mohammed Ali, Princess Diana and countless other royals. The hotel also famously hosted the after-party for The Beatles’ Yellow Submarine film premiere, which The Beatles’ attended in the Yellow Submarine Nightclub.
Royal Lancaster London is one of the largest banqueting venues in Europe with a capacity of 3,000 guests across its 16 refurbished meetings and events spaces. These include the renowned Nine Kings and Westbourne Suites holding 2,400 guests collectively for a seated dinner. (Royal Lancaster London, Lancaster Terrace, London W2 2TY Tel: 020 7551 6000 or www.royallancaster.com)