ASHLAND, OREGON — Settled by Euro-Americans as a cattle ranch in the 1860’s, today’s Willow-Witt Ranch is a thriving farm with a commitment to land preservation and to sustainable farm and forest management.

This 440-acre ranch is nestled in a valley at almost 5,000′ elevation in the Cascades. In geologic time the Cascade Range was built up as a series of shield volcanoes, including the large “Grizzly Mountain;” as the volcanic activity concluded, weathering and landslides ensued. One result was an ancient fresh-water lake, now the seasonal wetlands and subalpine meadows at the center of the ranch. The rich volcanic soils grew thick conifer forests and a wonderful diversity of plants and animals; Native Americans from the Takelma, Shasta and Athabaskan groups used these lakes and marshes for summer hunting-gathering as early as 10,000 to 8,000 years ago. Permanent villages on the valley floor were a warmer winter home.

Bill Ferreira and Shale City — Emigrants from the Applegate Trail arriving in the present-day State of Jefferson began driving cattle to these high mountain meadows for summer pasture in the early 1860’s. An 1881 US government survey notes fences already in place on the ranch. Names of the original families to live here are not clear; the first two houses and a barn are only ruins, though a pond and original wagon road are still evident. 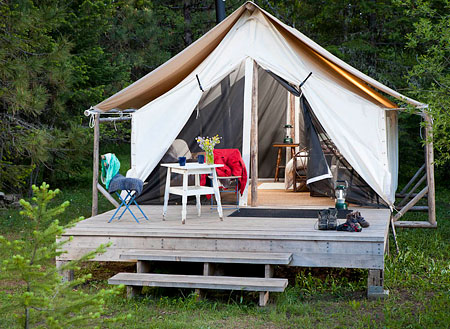 In the 1920’s the current ranch house and barn were built by Bill Ferreira with wood recycled from the demise of Shale City, a company town a mile away organized around a retort to extract oil from shale, an effort beset by scandal, embezzlement, deconstruction and an ultimate meltdown at the grand opening. Mr. Ferreira was an Italian Swiss dairy farmer, brought to America by Domingo Perozzi, owner of the Ashland Creamery, to increase the production of cream and milk in the valley. His idea, “We’ll get some good stable Swiss in here and they’ll live on the place for next to nothing and they’ll cultivate this into a beautiful, fine place. And they did.” (So. Or. Hist. Soc. interview with Lucile Perozzi.) 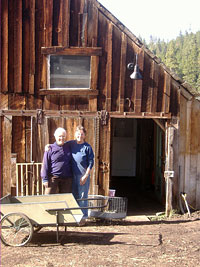 Where are the cows?

After Mr. Ferreira’s death in the 1960’s, the land was returned to seasonal grazing, but the old fences were failing and the wetlands eventually became overrun by “trespass” cows in large numbers; the meadows and water quality were badly degraded. A new perimeter fence built in 2005 accomplished the complete exclusion of cows from the property for the first time in nearly 150 years. Today 76 acres of wetlands and meadows are fenced to exclude all grazing and are being restored to encourage native plant and wildlife diversity and to improve water quality; this project has involved more than 300 school children planting about 8,000 willows. In 2008, we received an Oregon Watershed Enhancement Board (OWEB) grant to monitor the wetland restoration and water quality and to conduct bird and rare plant surveys.  In 2009 Willow-Witt Ranch was named a “Watershed Friendly Steward.”

Willow-Witt Ranch is located on 440 acres in Southern Oregon’s high country. In this magical hidden valley the emphasis is on wild beauty, land preservation, alternative energy production, and sustainable agriculture. Since 1985, the Willow-Witt Family has been producing some of the highest quality, locally grown meat and dairy products available.

Each summer we invite the community up to the ranch for special events. You can meet our staff and livestock, tour the off-grid ranch, try a sample of some farm goods, and connect with folks who care about local foods. We host Farm to Fork Dinners, in which local farm meats and produce are paired with Southern Oregon wines by an expert chef. Guests actually dine on the farm, with the farmers, gazing at expansive pastures and beautiful mountain views. The 2012 Farm to Fork Dinner at Willow-Witt Ranch is scheduled for August 11.

Plus, from late spring through early fall, you can rent our Farm Stay Studio or the entire campground for your own special event. Kids camps, weddings and reunions, retreats and workshops have all found the perfect site at Willow-Witt Ranch. Call us today to make a reservation or inquire for details: (541) 890-1998.

Look for us March to November at the Rogue Valley Growers & Crafters Market where we offer the best-tasting, locally-grown meats, veggies, and farm goods you can find! Tuesdays in Ashland off East Main and Saturdays in downtown Ashland on Oak Street.