New Project Labor Agreement at the Port of Los Angeles 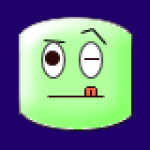 “This Project Labor Agreement gives thousands of our local workers in some of the most economically disadvantaged communities the jobs and job training opportunities they need to get back on their feet,” said Mayor Villaraigosa. “When we give Angelenos the opportunity to learn a new skill and take advantage of local employment opportunities, we can build projects faster, cheaper, and with fewer interruptions. That’s why Project Labor Agreements are a win-win: a win for our City and a win for our working people.”

This PLA will serve as a blanket agreement between the Harbor Department and the construction trade unions affiliated with the Los Angeles/Orange Counties Building and Construction Trades Council working on the designated Capital Improvement Projects. The PLA covers 95 percent of the Port’s projected $1.5 billion five-year capital budget. Approximately 20,000 jobs are expected to be created in the region under the agreement, including at least 30 percent – totaling approximately 6,000 jobs – for local residents and 10 percent – or 2,000 jobs – for disadvantaged workers.

“The only way that we are going to get our economy back on track is by creating more good-paying, middle-class jobs,” said Los Angeles Councilwoman Janice Hahn, whose district includes the Port. “One way we are working to create more good jobs in our City is by expanding and greening our Port, and ensuring that all construction is done through this Project Labor Agreement.”

With this PLA, the Harbor Department is the latest City Department to work with labor to create local jobs. At the end of last year, the Board of Public Works, with an endorsement from the City Council, approved a 5-year, $2.1 billion PLA that will cover 100 capital improvement projects throughout the City.

“With this PLA, we are improving the L.A. Waterfront with critical infrastructure projects and at the same time, creating thousands of local jobs,” said Harbor Commission President Cindy Miscikowski. “And this agreement saves valuable negotiating time so that we can keep the Port’s five year, $1.5 billion capital improvement project on schedule.”

“The City’s commitment to working with labor helps put construction workers back to work who have been previously unemployed,” said Ron Miller, Council Representative for the Los Angeles/Orange Counties Building and Construction Trades Council, “After the economic downturn, for the past few years, construction has been down between 30% – 50% in different neighborhoods through out Los Angeles – leaving construction workers to be unemployed for months at a time while waiting for their next job.”

Since Villaraigosa took office in 2005, City Departments including Public Works, the Port, and Los Angeles World Airports (LAWA) have entered into nearly 30 PLAs covering over 180 projects. Previously, only 3 PLAs were signed covering a total of 3 projects.

The Port of Los Angeles is America’s premier port and has a strong commitment to developing innovative strategic and sustainable operations that benefit the economy as well as the quality of life for the region and the nation it serves. As the leading seaport in North America in terms of shipping container volume and cargo value, the Port generates 919,000 regional jobs and $39.1 billion in annual wages and tax revenues. A proprietary department of the City of Los Angeles, the Port is self-supporting and does not receive taxpayer dollars.