Lahaina Is Where History & Playfulness Meet

MAUI, HAWAII — Take a trim, tidy New England whaling town, plunk it in the middle of the Pacific, sketch in some rainbow-crowned mountains, and add a generous helping of palm trees. Stir in the biggest Buddha outside of Asia, a banyan tree the size of a city block, and a history that reads like an epic novel, and you might come close to defining Lahaina.

This fun-loving historic town was once the capital of the Hawaiian kingdom and the seat of power for the Kamehameha dynasty in the early nineteenth century. By the mid-1800s, with as many as 400 ships at a time berthed in the harbor, spilling up to 1,500 sailors ashore, Lahaina went on to become the lusty port of the Yankee whaling fleet. The whalers said there was no God west of the Horn, and they conducted themselves accordingly – until a band of puritanical missionaries arrived from New England to spoil the ribald party. The battles between the reverends and the revelers became legendary. Among the sailors was Herman Melville, who immortalized the era in his classic novel, Moby Dick. 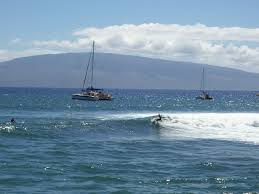 Lahaina today is a reflection of its colorful past. Approximately 55 acres of the town have been set aside as historic districts containing several sites designated as National Historical Landmarks.

Among the gallant survivors are the weathered wooden buildings lining Front Street and its side streets. In place of grog shops and ship’s outfitters, they now house boutiques, art galleries and charming seafood restaurants where the demon rum comes in polite mai tais with little paper parasols planted in wedges of pineapple. 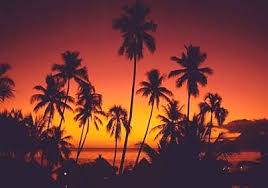 Where whaling ships once laid anchor, a fleet of pleasure boats now bobs in the sun, waiting to take visitors on sunset dinner cruises, snorkel and dive sails, whale watching excursions and picnic trips to other islands. Lahaina Harbor is also home to many of the world’s finest cruise ships that anchor off shore. Presiding over the harbor is the old Pioneer Inn with its fascinating nautical memorabilia.

On Sunday mornings, Hawaiian hymns still ring from Lahaina’s churches, while incense curls heavenward from Asian temples. Signs mark the historic sites. Walking maps are free and readily available. Lahaina might be called Hawaii’s Williamsburg, except that it is a living town embracing commerce and tourism.

The historic Baldwin Mission House is open to the public. Other notable buildings include the Masters and Mates Reading Room, the Seamen’s Hospital, the waterfront courthouse, the old jail, Lahaina prison, and more. Cultural sites in this area include the healing stone of hauola, the royal residence of Mokuula, and the sea of Uo, where the legendary mermaid, Kananaka, is said to surf.

Dozens of art galleries offer the worlds of both acclaimed local artists and masters such as Dali, Chagall and Miro. Art has become so popular that it is celebrated in a weekly event called “Friday Night is Art Night in Lahaina.” People stroll from gallery to gallery viewing art, meeting artists, watching them work, listening to music, and sampling the refreshments served by the galleries.

The restaurant scene is equally exciting. Added to the menu of fine seafood establishments overlooking the harbor are a host of innovative restaurants specializing in Hawaii Regional Cuisine. Some are situated in meticulously restored historic buildings, and all serve the freshest local ingredients prepared with a masterful blending of classic Asian and Continental techniques and the unique taste of paradise. The result is a culinary triumph that earns rave reviews from food critics around the country.

Throughout the year, events such as the Ocean Arts Festival and the Taste of Lahaina food festival celebrate everything from whale-watching to the burgeoning culinary arts. Every Halloween, the streets of Lahaina are filled with tens of thousands of costumed revelers who dress up lavishly and compete for prizes in what is known as the “Mardi Gras of the Pacific.”

Lahaina is also home to the Maui Theater and “Ulalena,” a multi-faceted theatrical experience depicting Hawaiian history with a modern twist. Brilliant dancers and exquisite talent have brought Ulalena to the forefront of island entertainment. Ulalena explores the relationships between people, nature and mythology, and integrates Hawaiian chants and dances, original music and choreography, and state-of-the-art lighting and projections.

Lahaina is convenient to Maui’s major resort areas and is connected to the Kaanapali Resort by the restored sugarcane train, the Lahaina-Kaanapali and Pacific Railroad.  (For a great place to stay in Maui, check out www.honuakai.com)