Al Martinez: The Honor Is All Ours 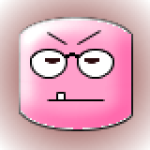 If you are a connoisseur of fine words and fascinating stories, hie thee to the Huntington Library in nearby San Marino, where you will find a beautifully curated exhibit entitled, “Al Martinez, the Bard Of L.A.” The exhibit opened March 17th and runs through June 25th. I wouldn’t wait too long to go if I were you; you will probably want to return to breathe in the life and times of this beloved writer on more than one occasion. Because I’ve been studying writing with him for several years now, I’ve come to know Al Martinez quite well, along with his lovely wife of 62 years, Joanne (to whom he refers in his columns by her maiden name, Cinelli – why is anyone’s guess, but Al can call her whatever he likes, since they so obviously adore each other).

The night before the opening of the exhibit, I, along with my fellow classmates (a half-dozen or so “regulars” who, by the way, range in age from 17 to 79!), joined a distinguished group of around 150 of the Martinezes’ family, friends, former colleagues and fellow writers at an invitation-only tribute to our Bard of L.A., hosted by and at the Huntington. Following two very brief yet warmly welcoming introductions by the Huntington Library’s Director, David Zeidberg, and Curator of Literary Manuscripts, Sue Hodson, Al proceeded to entertain us with his typical wit and self-deprecating charm, while also acknowledging how moved he was to be the recipient of such an honor. This man is never at a loss for…you guessed it!…words and he had the room roaring with laughter. Old pals came from far and near.

At my table, for example, were comedian Shelly Berman and his wife; actress Samantha Eggar; actor Norman Lloyd (of “St. Elsewhere” fame); casting director Jackie Briskie; and a former colleague of Al’s by the name of John Dix who flew in from Colorado especially to attend this tribute to his old friend. Among other names you might recognize was former L.A. Times’ writer and editor Bill Boyarsky, who now writes for a political blog called TruthDig. The exhibit itself covers approximately six decades of Al Martinez’ career. It includes displays devoted to his stint in the Marines during the Korean conflict; hand-written manuscripts and (betcha didn’t know this) Al’s cartoons; reports and columns dating back to his days at the Richmond Independent and the Oakland Tribune; and of course, his decades-long career at the Times. Several of his screenplays and books are also on display, including Barkley, A Dog’s Journey, detailing with love and humor the final road trip that Al and Joanne took with their beloved dog.

In addition to Al’s own works, there is proof positive that apples don’t fall far from their ancestral tree. One of the Martinezes’ granddaughters, Nicole Martinez, is a highly talented artist whose portrait of her beloved grandfather is an integral part of the exhibit. As many of you know, the Times’ loss was the Daily News’ gain. Al Martinez’s weekly columns appear there now, along with occasional ones in the Topanga Messenger, Westways Magazine, Al’s blog, and many more publications. Nothing has really changed: Al still observes and comments on the world around him, minus any rose-colored glasses, in a unique way as only he can. He also continues to write novels and is currently working on a memoir. There will be more Al Martinez events at the Huntington Library and one of them will be writing classes taught by him at the Huntington on Wednesdays, beginning in May. As a veteran of Al’s Saturday writing class in Topanga, I can attest to the fact that anyone fortunate enough to be taught and mentored by this Pulitzer Prize winner and Emmy nominee will come away the better for it on many levels. You can find all of the pertinent information on the Huntington Library’s website, www.huntington. org. A final note: A documentary is being produced about the life and career of Al Martinez. If you have anything of interest that you’d like to contribute, please contact the producers at run.n.gun.12@ gmail.com.