VAN NUYS, CA — The Van Nuys Neighborhood Council (VNNC) will be hosting a special “Public Safety & Sex Trafficking Summit” on Wednesday, June 17th, 2015 at the Government Center in Van Nuys. The VNNC will partner with the Federal Bureau of Investigation (FBI) and the Drug Enforcement Agency (DEA) to tackle this epidemic head on, and really confront one of the primary public safety issues in the San Fernando Valley.

“It will be a great privilege to work with the FBI again, and incorporating the DEA into our fight will add a different perspective to this issue. We want to go after and punish the johns, arrest the pimps, and rehabilitate the child sex slaves out there on Sepulveda Boulevard. I look forward to the summit this June, and I hope we can come up with a new game plan to address this terrible issue that is happening literally right around the corner in our own neighborhoods,” said Thomas.

Sex trafficking is a form of modern slavery that exists throughout the United States and globally. Sex traffickers use violence, threats, lies, debt bondage, and other forms of coercion to force women, men and children to engage in commercial sex against their will. Under federal law, any minor under the age of 18 years induced into commercial sex is a victim of sex trafficking—regardless of whether or not the trafficker used force, fraud, or coercion.

Sex traffickers may lure their victims with the false promise of a high-paying job. Others promise a romantic relationship, where they first establish an initial period of false love and feigned affection. During this period they offer gifts, compliments, and sexual and physical intimacy, while making elaborate promises of a better life, fast money, and future luxuries. However, the trafficker eventually employs a variety of control tactics, including physical and emotional abuse, sexual assault, confiscation of identification and money, isolation from friends and family, and even renaming victims.

Sex trafficking exists within diverse venues including fake massage businesses, online escort services, residential brothels, in public on city streets and in truck stops, strip clubs, hotels and motels, and elsewhere. In street-based sex trafficking, victims are often expected to earn a nightly quota, ranging from $500 to $1000 or more, which is confiscated by the pimp. Women in brothels disguised as massage businesses typically live on-site where they are coerced into providing commercial sex to 6 to 10 men a day, 7 days a week. 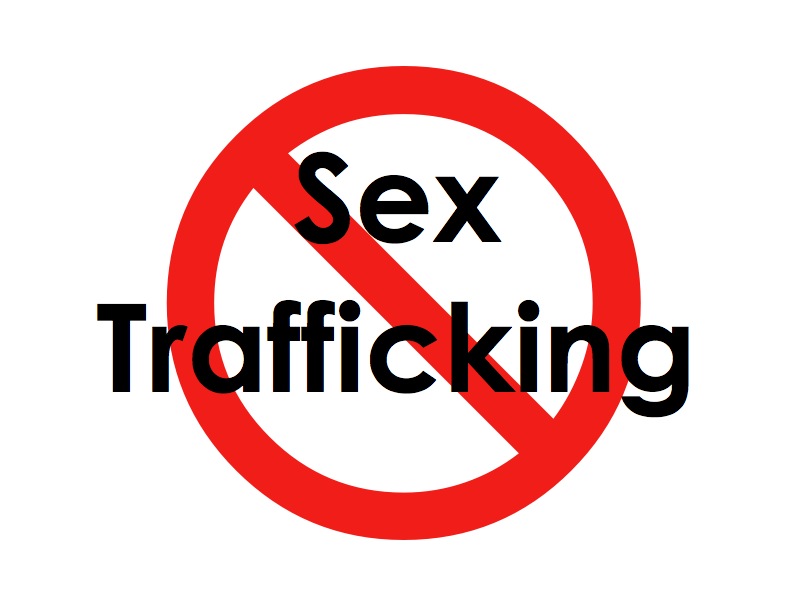