The Brandenburg Gate, Beer, Bangers and The Berlin Wall

BERLIN, GERMANY – We flew into Berlin at night, out of the East Midlands in the UK.  The flight was just under two hours, and was really quite pleasant. We were about to spend five days in this historic German capital.  I figured that would be enough time to practice my German and eat some Prussian delicacies.  When you travel with a European, even if they are British, throughout Europe they have a really easy time going through countries.  If you happen to be an American, traveling from different European countries will cause you to fill out detailed paperwork and get interviewed, even grilled.  So I have become mildly adjusted to this, but having to remember the five addresses we are staying at in the UK at 10 o’clock at night while Joanne cruises through the other line can be quite difficult.  But whatever, as long as my lady is close, she can sign language me the zip code of her brother’s place in London.  (The postal codes over there have numbers and letters, so it is like 5NG 8X3JCL, I’m sure they have some kind of system behind it.)

After landing and being eyeballed by Frau Border Patrol we were off to the city.  Neither one of us had ever been to Berlin, or even Germany for that matter, and had no idea what we were doing.  We flew Ryan Air, which is like the Southwest Airlines of Europe, and they are based in Dublin, Ireland.  They can be quite strict with bags, so we only brought our carry on and did not check any luggage.  After reviewing my family tree with Frau Border Patrol and going over my entire schedule in Berlin, the German Government let me in the country, and we hit the ground running. 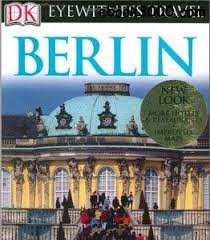 Father Christmas, or maybe Joanne’s brother Iain, got me a travel guide to Berlin, and I had spent several minutes reading up on this great city.  The book suggested we take a train into the city, as the airport was about 15 minutes south of the city center.  So being wild and crazy fools, we went and bought train tickets, and looked for one to board.  Well, most other intelligent people would already have a plan, but not us; we were ready to hop on the next train we saw, no matter where it was going.

Looking back, this was totally stupid, and we happened to luck out totally and completely.  The first train we saw moving we tried to get on, but it was just parking for the night.  Then someone who spoke none of the languages we spoke came and asked for directions, now that’s funny.  We tried to communicate but to no avail, and then they wandered off.  We decided the train not moving until the following morning was not the way to go, and followed the people asking us for directions.  Well I had anticipated the ride into town would be about an hour, with all the stops, but we accidently got on the express train and would be in downtown Berlin in 15 minutes, awesome.

The first thing I noticed was how clean everything was, the streets, the buildings, the inside of the train station.  It really stands out immediately, like the people of Berlin care and make an active effort not to litter, I was very surprised.  Our hotel, The Regent, was a five minute walk from the train station, and the cool night air felt crisp and refreshing.  There was something about Berlin, maybe everyone was happy because of the River Spree, and I like a good river just as much as the next guy.

Our hotel exemplified classic elegance with a modern look, and apparently all the famous people stay at The Regent, so I felt right at home.  Our bathroom was the size of a normal hotel room, and the suite we stayed in overlooked a famous building.  I don’t know the name of the architectural masterpiece outside my window, but I did get several digital pictures of it.  There was even a mini-fridge and bar; I decided I would fix all my drinks at this location, while watching myself in the mirror practicing my German.

When we finally got settled it was late at night, but a bag of chips from the Nottingham Airport was not going to cut it, so we were off into the darkness to forage for food.  I asked the people behind the front desk if there was a market or maybe a Ralph’s somewhere around.  He said about five blocks down there is a normal supermarket.  Perfect, I love markets in foreign countries; it is incredibly interesting to see what they are selling, especially in the deli section.  Well, in Berlin there are bangers and sausages everywhere.  It must be the processed meat capital of the world.  I saw every conceivable size hot dog and banger and sausage and kielbasa known to man.  Did the Germans invent the hot dog? They must have, in Frankfurt no doubt. 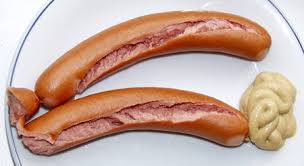 And don’t even get me started on lunch meats; they had hundreds of different kinds of bologna.  I couldn’t believe my eyes, what was going on here? Gourmet baloney, thousands of different kinds of hot dogs, this place was great.  Then, after picking out a loaf of bread and some high class sliced meat, we thought of picking up a beer or two.  Goodness gracious, when we first saw the price, I believed it to be a misprint.  After getting fleeced in London and Paris for the price of drinks, this place they call Berlin was pretty rad.  If my calculations were correct, it was just about $0.25 a beer, and these were the 24 ounce ones.  They must make a lot of German beer in Germany, because these were not only the name brand ones, but higher end beers as well.  Well, we bought as much as we could carry, and it was back to the hotel for a Becks and a gourmet baloney sandwich. 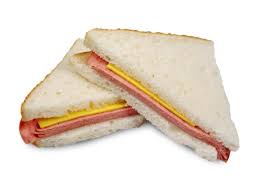 Joanne was so tired she fell asleep holding her half eaten sandwich, and good thing too, because the next day was going to be action packed.  I believe the best way to get acquainted in a new city is the “Hop On Hop Off” bus tour.  I had already scouted out the nearest stop; it was right by the Brandenburg Gate, and about three minutes’ walk from The Regent.  My plan was to be the first ones on the bus in the morning, and do a full loop with the earphones explaining everything.  There were something like 25 stops, and the full loop takes about two hours. 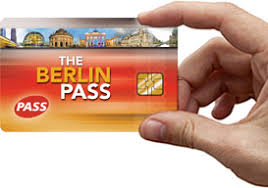 It was time to soak it in, so at around 8:00 am Berlin time, we were off to go find a coffee and catch the bus full of tourists.  About two stores down from the “Hop On Hop Off” bus stop was a breakfast and coffee house.  This was a perfect opportunity to get a cup of coffee and prepare for the fun, so we waltzed into this hip happening place and ordered two to go.  The guy said he is going to put both of them in one cup.  Why?  Apparently you could have fit 15 coffees in one cup; each serving is like the size of a shot.  That will be 7 Euros please.  I should have ordered a 24 ounce beer, then it would have been $0.25 cents. So after consolidating our coffees into one easy to carry cup, we hopped on the bus and plugged in our earphones.

I felt like I was in an interactive field trip for history class, and the things I had only seen in books, like the Brandenburg Gate and the Berlin Wall, were right before my very eyes.  What I found interesting is while the city was divided for all those years, they had two separate municipal entities right next to each other.  So now that the Berlin Wall has come down, there are two opera houses, two city centers, at least two museums, there seemed to be two of everything.  Also, throughout the city, where the wall was standing they now have special stones down that path so you can always know exactly where this historic icon of the Cold War was, it is really quite neat.

We went around the city, but couldn’t do the full two hours.  Checkpoint Charlie was coming up, and it was about time to hop off.  It really gave us a good understanding of where everything was, and having five days to spend in Berlin sure was something.  Checkpoint Charlie could be the most famous attraction in Berlin.  It is where the allies would check your papers when you were coming or going, and it was also where they used to trade spies back and forth during the Cold War.

This was a tourist hotspot, and there are also a lot of panhandlers.  I would keep your wallet in your front pocket and try not to bother with them, they will sometimes be holding up a cardboard sign like homeless people do, just be careful.  I only really encountered them at Checkpoint Charlie, but with it being the center of historic activity, you can see why they are there.

We took the necessary photos, played tourist and hopped back on the bus.  Throughout the time we spent in Berlin, we must have jumped on and off that bus 30 times.  I was using this form of tourist transportation as my own personal taxi service; it was genius and really made the trip work.

There is so much to do in Berlin, and between the museums, the Berlin Wall and the historic palaces and castles, you might just get your vacation on.  There is a part of the Berlin Wall they left up, and brought in famous artists to paint murals there.  It’s called the East Side Gallery. We spent a few hours at this most interesting art exhibit, taking hundreds of pictures.  Obviously we hopped on to get there, and hopped off, then hopped back on. The Berlin Pass is definitely the way to go.

Berlin is also a walkable city, and sometimes we opted to just walk the mile to the next attraction.  We had time to explore, and even spend the day in Potsdam at a conference, but that is an entirely different travel article.  If you get the chance, make your way to this beautiful European capital city.  It is really inexpensive once you arrive, and the people are extremely nice and hospitable. We had the most excellent time in Germany, and can’t wait to get back.  Plus, the choices of frankfurters and the price of beer sure leave a lasting impression.  As JFK once told a crowd in West Berlin, “I am a Jelly Donut.” Keep your eyes out for panhandlers and put mustard on everything, you are going to love this great city.  (For more information, please visit www.regenthotels.com/EN/Berlin)