UGANDA, AFRICA — The Ugandan parliament passed a bill that would make homosexuality a crime punishable by life in prison – and now the president of Uganda is the only person who can stop it.
LGBT people in Uganda can already face a 14 year sentence just for their sexual orientation, because the government has decided that being LGBT “destroys” the Ugandan family unit. Anyone who knows someone is gay and doesn’t report it can face jail time, and even HIV doctors and landlords can be imprisoned for “promoting” homosexuality. 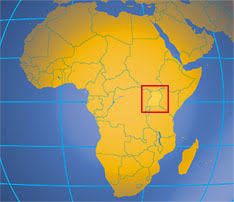 This culture of fear has caused an HIV epidemic and horrific discrimination, with local tabloid papers, neighbors, and even family members outing people and turning them in to the police.
President Yoweri Museveni is all that stands in the way of this vicious bill – and now that foreign governments are denouncing the the bill, he’s saying he hasn’t decided yet if he’s going to pass it. He told the press, ‘I will first go through it, if I find that it is right I will sign but if I find that it is not right I will send it back to parliament.’

Sign the petition now to demand that President Yoweri Museveni abolish this hateful, ignorant bill and focus instead on improving human rights in Uganda.  (www.thepetitionsite.com)

How You Can Stop Fake News From Faking You Out