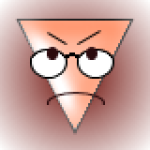 A suspect who had already injured his wife and two children, came at Officer’s with a knife in each hand, threatening to kill them, resulting in an Officer Involved Shooting (OIS). On Wednesday, June 22, 2011, at around 9:30 p.m. Southwest Area Officers were called to the 3800 block of West 27th Street for an Assault with a Deadly Weapon suspect. When they arrived they were directed to an apartment where a teenage girl had been yelling that someone was trying to kill her with a knife.

Officer’s learned later that the girl’s mother and younger brother had already escaped from the apartment to find safety from the suspect, their father and husband. Officers attempted to make contact with the suspect and victim inside the apartment, but the suspect refused to open the door. Officers then forced their way into the apartment to check on the welfare of the victim. They were immediately confronted by the suspect, 45-year-old Mario Vanegas. Vanegas was armed with a knife in each hand and repeatedly threatened to kill the officers. Officer’s gave Vanegas commands to drop the knives, both in Spanish and English, but he refused to comply.

One officer used a Tazer to subdue Vanegas, but it had no effect. While Officer’s were preparing to use a non-lethal shotgun, Vanegas advanced on them, wielding the knives, threatening to kill them, and an OIS occurred. Vanegas was hit multiple times and died at scene.

Force Investigation Division (FID) responded and is investigating the OIS, and Southwest detectives are handling the assault on the female juvenile and her mother and brother.