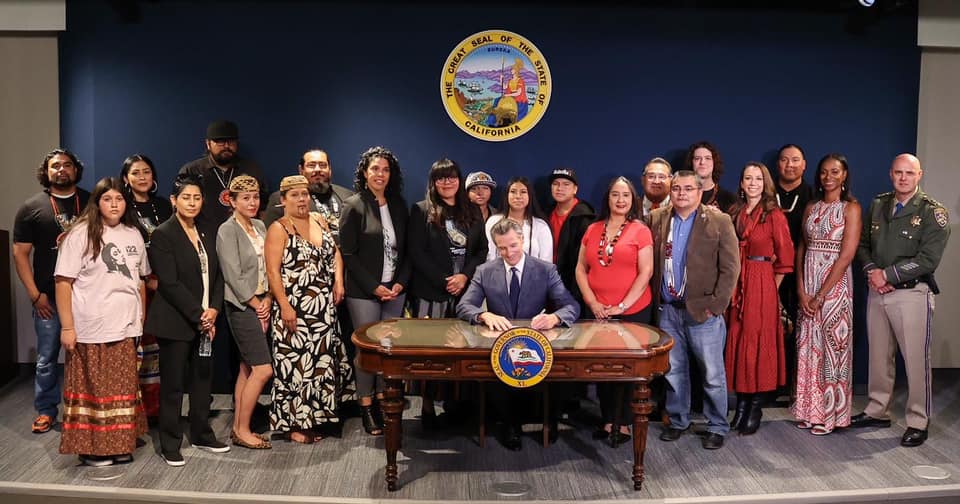 SACRAMENTO – In the wake of a disturbing increase in antisemitic hate, Governor Gavin Newsom today named nine leading academic experts and advocates to serve on the Governor’s Council on Holocaust and Genocide Education, which is tasked with promoting Holocaust and genocide education throughout California to provide young people with the tools necessary to recognize and respond to bigotry or discrimination on campus.“An attack on any of our communities is an attack against all Californians and our state will not stand by as the forces of hate instigate acts of violent extremism that put lives at risk,” said Governor Newsom. “California is taking action with major investments to support anti-hate programs and enlisting the expertise of demonstrated leaders in Holocaust and genocide education to inoculate young people against the dangerous messages of hate and division pervading our public discourse.”

“Make no mistake: Antisemitism and bigotry remain a threat to the safety and well-being of our communities here in California and around the world,” said Attorney General Rob Bonta, Council Co-Chair. “The Governor’s Council is a critical part of our state’s efforts to combat hate before it can arise through education and early intervention. I’m incredibly proud to co-lead this effort and welcome the newest members to the council. Together, we can support and uplift all of our communities. The lessons of the past must never be forgotten.”

“I could not imagine a more important moment for this council to launch this critical work. The council members bring a depth of knowledge, experience, and expertise and I look forward to working with them as co-chair,” said State Superintendent of Public Instruction Tony Thurmond, Co-Chair of the Council. “We know that comprehensive Holocaust Education implemented at all schools is an essential part of our effort to combat antisemitism and all forms of hate. The work of this council, along with the CDE’s anti-bias education training and Education to End Hate initiative, gives me hope that through education we can work in solidarity towards a better future for California students.”

“This is precisely the collection of thinkers and organizations we envisioned to help lead this Council,” said Co-Chair Senator Henry Stern. “I applaud Governor Newsom for not just condemning antisemitism when it’s broadcast across our freeways and social media channels, but for responding with substantive lasting solutions and the funds to realize those solutions. Whether you’re a Californian whose family suffered the death squads of El Salvador, the killing fields of Cambodia, or the gas chambers of Auschwitz, students and teachers across our state share a common bond of resilience in the face of trauma. Now is the moment we must take an honest look at whether our public schools are helping the next generation understand what happens when politicians use economic crises, ethnic and identity-based hatred, and clever coordinated mass communication to achieve monstrous results.”

“Governor Newsom understands that the alarming increase of hate and antisemitism requires effective moral leadership at the highest levels. His creation of a distinguished Council on Holocaust and Genocide Education sets the example for the State — and for the nation — and ensures that bigotry will find no place in our society,” said Co-Chair Dr. Anita Friedman.

Working with the Jewish Caucus and the Legislature, the Newsom Administration has funded more than $150 million to support anti-hate programs that provide direct support for impacted communities and victims, and an additional $115 million for the State Nonprofit Security Grant Program, which helps nonprofit organizations that are targets of hate-motivated violence improve security at their facilities. The state has also invested:

Governor Newsom last month signed legislation to extend the State Nonprofit Security Grant Program, which was codified under legislation signed by the Governor in 2019 following the Chabad of Poway shooting. The Governor last month also named appointments to the Commission on the State of Hate, created by legislation he signed last year to track hate crimes, develop anti-hate resources and make recommendations to better protect civil rights. In addition, the Governor signed an executive order that will help protect communities against hate violence and discrimination by accelerating the launch of a California versus Hate Resource Line and Network, among other actions.