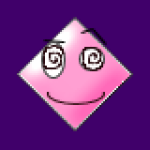 VAN NUYS, CA — Just before 5 AM on Saturday March, 3rd, 2012, Los Angeles Firefighters rescued a 19 year-old female trapped in a bathroom, inside her burning apartment. Firefighters rushed with lights and sirens to 15440 West Sherman Way, where they found a large three-story apartment building with smoke beginning to pour out from one unit on the second floor. Meanwhile a young college student, who described herself as a, “deep sleeper”, curtly awoke to the sound of smoke alarms echoing, alerting her of a fire. When she instinctively opened her bedroom door to the living room, she said it was, “ablaze”.

Using her cell phone, she immediately dialed 9-1-1. The call was received at LAFD’s new Metro Fire Communications, where a scared woman was heard stating, “smoke is flooding my bedroom and I can’t get out!” After determining her address, where she was inside the residence, and that she was unable to get to a window, the 9-1-1 Firefighter/Dispatcher instructed her to close the door, and get away from the fire. Over the next few minutes, life saving advice was provided. Unable to escape, it was determined that a bathroom connected to her bedroom was the safest place to find shelter. As black smoke rapidly crept in, she was instructed to place wet towels around the door and in the cracks, to diminish it’s deadly threat. Shortly thereafter, through sporadic coughing, and smoke stung eyes, she confided in the dispatcher, “Oh my God, I’m terrified”.

The dispatcher reassured her that firefighters were outside and running to her apartment, then stated, “I’m going to stay on the phone with you until they find you.” She was then instructed to place a wet towel over her nose and face to filter smoke and lay flat on the ground to find clean air. Concurrently, firefighters rushing to her aid were notified exactly where the trapped victim was located, expediting her rescue. A “drop bag” operation was swiftly executed to bring hose-lines to the second story. Firefighters then broke through the front door, battled the intense flames and performed an immediate search of the 1,000 square-foot apartment, and rescued the woman in a matter of minutes. She stated, “They were wearing masks and had flashlights. It was like a movie.” She was safely rushed outside and compassionately treated by Firefighter/Paramedics, then transported to Valley Presbyterian Hospital as a precaution. Later that day she was without injury or medical complaint and stated, “I’m so happy to be alive”.

Under the command of Battalion Chief Hayden, 75 firefighters fully extinguished the blaze in just 22 minutes. The bulk of the fire was in the living room and kitchen. The cause of this early morning blaze, is undetermined, possibly electrical in nature. The dollar loss is estimated at $40,000 ($20,000 structure and $15,000 contents). Due to the amount smoke and fire, the woman would not have survived if it were not for three important things: functional smoke alarms providing early fire detection, and time to call 9-1-1; listening to the 9-1- 1 Firefighter/Dispatcher’s lifesaving instructions; and the work of trained firefighters. The young woman’s first name is Blessing.