LAKEWOOD, CA — On Friday, August 15, 2014, at approximately 8:00 PM, Lakewood deputies responded to 500 Lakewood Center Mall, Lakewood, regarding a Domestic Disturbance Call. While one deputy made initial contact with the female party involved in the incident, the other deputy went in search of the man who was possibly involved. While escorting the man out of the location towards the other deputy, the man unexpectedly turned on the deputy and hit him several times knocking the deputy to the ground and continued his assault with a shod foot. A bystander in the mall witnessing the assault intervened by pushing the suspect away from the deputy. Assisting deputies arrived, and took the suspect into custody without further incident.

The deputy was taken to a local hospital where he is being treated for his injuries. He is in critical but stable condition.

The suspect, 21-year old Frankie Estrada, was transported to Lakewood Station where he was booked for Attempted Murder on a Peace Officer and is being held in lieu of $1,000,000.00 bail.  The investigation is on-going and there is no further information.  The booking photo is not being released.

Anyone with information about this incident is encouraged to contact the Lakewood Sheriff’s Station at (562) 623-3500. If you prefer to provide information anonymously, you may call “Crime Stoppers” by dialing (800) 222-TIPS (8477), or texting the letters TIPLA plus your tip to CRIMES (274637), or by using the website http://lacrimestoppers.org. 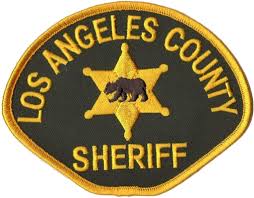