VAN NUYS, CA — On February 11th, 2015 the Van Nuys Neighborhood Council will be voting on taking possible action and adopting the village of Van Nuis in The Netherlands it’s official “Sister City.”

“Having a “Sister City” is a great way to highlight the history of our community, and where the founders of Van Nuys and their families actually came from hundreds and hundreds of years ago.  The village of Van Nuis has roughly 1,000 inhabitants, and is a couple hours northeast of Amsterdam.  I look forward to really diving into the history of Van Nuys & Van Nuis, and working together with the local municipality in Holland to create a partnership and foster a working relationship for years to come.  We plan on making this official through Sister Cities International, and will invite the residents and stakeholders of Van Nuys to participate in the process every step of the way,” said Honorary Mayor of Van Nuys & Council President George Christopher Thomas.

Founded by President Dwight D. Eisenhower in 1956, Sister Cities International is a 501(c)(3) nonpartisan nonprofit serving as the national membership organization for individual sister cities, counties, and states across the United States. This network unites tens of thousands of citizen diplomats and volunteers in programs in 140 countries on six continents. Sister Cities International advances peace and prosperity through cultural, educational, humanitarian, and economic development exchanges. It serves as a hub for institutional knowledge and best practices in the field of citizen diplomacy.

Since its inception Sister Cities International has played a key role in renewing and strengthening important global relationships. Sister Cities International was created at President Eisenhower’s 1956 White House conference on citizen diplomacy, where he envisioned an organization that could be a champion for peace and prosperity by fostering bonds between people from different communities around the world. By forming these relationships, President Eisenhower reasoned that people of different cultures could celebrate and appreciate their differences and build partnerships that would lessen the chance of new conflicts. 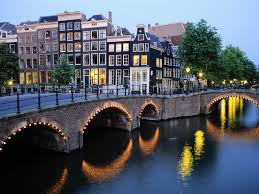 Sister Cities International strives to strengthen the sister cities network through strategic institutional partnerships, grants, programs, and support for its members. Sister Cities International motivates and empowers private citizens, municipal officials, and business leaders to conduct long-term, mutually beneficial sister city, county, or state relationships. The mission of Sister Cities International is just as important today as it was when it was founded. With the advent of the internet and new technologies, the world is becoming smaller, and the relationships and interactions between the U.S. and its foreign counterparts are more complex than ever. Despite this increase in online communication, the face-to-face meetings and personal relationships developed through sister cities are still vital and irreplaceable.  (www.sistercities.org)