SAN FRANCISCO, CA — What are you doing this weekend? Maybe going to Costco, mowing the lawn, or going through an old box of books in the garage?  You could also cruise into San Francisco, and during one long great day, go cage diving with Great White Sharks at the Farallon Islands. 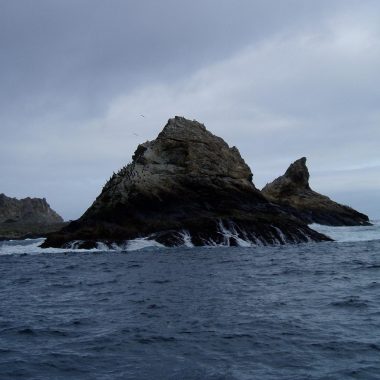 The Farallon Islands within the Greater Farallones National Marine Sanctuary are home to some of the world’s largest great white sharks. These islands (Southeast Farallon and Maintop Island) off the coast of San Francisco are the winter water playground of adult great white sharks measuring 15 to 20 feet long. (4.5 meters to 6.1 meters). The sharks come to the Farrallones to dine on the local population of Northern Elephant Seals.

There are only four places in the world where you can dive with great white sharks.  Although they are native almost everywhere on our planet, you really only want to encounter these prehistoric killers while in a specially designed cage.  And of the four places you can be in the water with the great white shark, the day trip out of San Francisco is the most convenient. 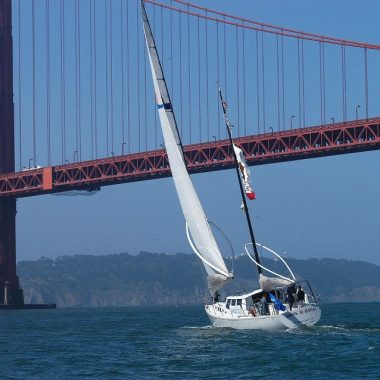 Trips depart before dawn from San Francisco’s Pier 40, next to the home of the San Francisco Giants, and conclude no later than 6 pm. The price includes breakfast and lunch on the boat. On the way to the Farallones, participants learn about the Greater Farallones National Marine Sanctuary, the Farallon Islands, white sharks and other local wildlife, from a trained naturalist.

The sharks come to San Francisco during a specific time of year, (they are in San Jose playing hockey the rest of the year), its from the middle of September to the end of November.  Why you ask? Because of the mating and birthing cycle of their favorite foods, the pinnipeds.  Or in layman’s terms, the seals and sea lions of the Farallon Islands. 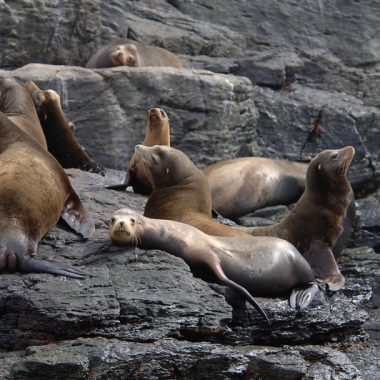 Trips are conducted according to the terms of an educational permit issued by the Greater Farallones National Marine Sanctuary. A floating shark cage and surface-supplied air is used. Shark divers are supplied with a wetsuit, hood, boots and gloves. All participants are required to purchase dive insurance and sign a release of liability.

Of the four places in the world to cage dive with great white sharks, for most Americans and especially those that live in California, this trip out of San Francisco is the most logistically feasible.  Although another great white shark dive of the four trips is out of San Diego and travels to the world famous Guadalupe Island in Mexico, that trip takes at least 4 days, and this one dive up in San Francisco is just one long great day. 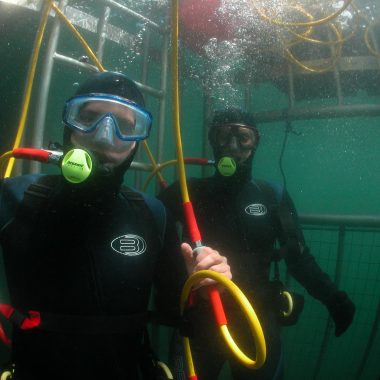 Viewing these giant creatures is a sight unlike any other. The Farallon Islands are a brutal place, where the seas can be rough and the weather miserable. That’s part of what makes viewing great white sharks off the coast of San Francisco an incredible adventure!

Peak shark sighting season at the Farallones is from late September through mid-November. Call 800-644-7382 to book your great white shark expedition today.

Farallons great white shark adventures are offered under the guidelines of a permit by the Gulf of the Farallones National Marine Sanctuary. The permit authorizes Incredible Adventures to use decoys to actively attract white sharks near its boat and shark cage. The decoys must be constructed of a soft material and shaped like a marine mammal native to the area.

For more information, and to book a dive tour, please visit https://www.incredible-adventures.com/