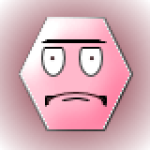 After a five week trial, four defendants have been convicted for their roles in one of the largest bank fraud and identity theft schemes in California history, with dozens of victims in four states and millions of dollars in losses.

Arman Sharopetrosian, Karen Markosian, Artush Margaryan, and Kristine Ogandzhanyan were found guilty of conspiring to commit bank fraud, attempted bank fraud, and various counts of aggravated identity theft. Sharopetrosian, Markosian, and Ogandzhanyan waived a jury trial and consented to trial by the judge, and Margaryan proceeded with a jury trial.

Evidence was presented at trial that Sharopetrosian is a member of the Armenian Power organized crime group, and Margaryan, Markosian, and Ogandzhanyan are Armenian Power associates.

According to evidence presented at trial, Sharopetrosian directed the massive fraud scheme along with co-defendant Angus Brown while the two were incarcerated at Avenal State Prison. Using cellular telephones that were smuggled into the prison, Sharopetrosian and Brown worked from behind bars to coordinate with others, including Ogandzhanyn, Markosian, and Margaryan, to obtain confidential bank profile information and steal money from victim account holders. Often targeting high-value bank accounts, the defendants used account holders’ personal identifying information—including names, Social Security numbers, and dates of birth—to impersonate victims in phone calls to the bank. The defendants gathered account information, transferred funds between victims’ accounts, and placed unauthorized check orders for the accounts. They then stole the checks, obtained the victims’ signatures from public documents, and paid conspirators to cash the forged checks. Over the course of the six-year conspiracy, the defendants and their co-conspirators caused more than $10 million dollars in losses to victims in Southern California, Nevada, Arizona, and Texas.

“These defendants, including two individuals who were operating from a prison cell, perpetrated a massive fraudulent scheme on behalf of a dangerous criminal enterprise,” said Assistant Attorney General Breuer. “As members and associates of Armenian Power, they stole sensitive personal and financial information from innocent consumers and caused millions of dollars in losses. Whether organized criminal groups traffic in drugs, commit financial fraud or wreak other havoc to keep themselves going, they must be stopped. We are doing everything possible to shut down dangerous gangs like Armenian Power.”

“The safety and sanctity of confidential financial information is paramount in today’s society,” said U.S. Attorney Birotte. “Identity theft is a fundamental invasion of consumer privacy that cannot be tolerated. These convictions demonstrate that violators, whoever and wherever they may be, will be caught and will be prosecuted to the fullest extent of the federal law.”

“The defendants were convicted in a trial that uncovered a sophisticated and lengthy scheme that targeted victims in multiple states and included disturbing details, such as orders made from within prison walls and assistance from bank insiders enlisted by the defendants,” said FBI Assistant Director Martinez. “This case is also indicative of the growing trend of gang or organized crime-affiliated groups now engaging in identity theft and other financial crimes in furtherance of their enterprise.”

These defendants are four of 20 defendants who were charged with operating the bank fraud and identity theft scheme in one of a series of federal indictments unsealed on February 16, 2011. The indictments allege various federal crimes against members and associates of the Armenian Power criminal organization. To date, 19 of the 20 defendants charged in the bank fraud indictment have been convicted, including Brown. One defendant, Faye Bell, was arrested earlier this year and is still awaiting trial.

Sentencing for all four defendants is scheduled for August 6, 2012 before Judge Carter.