VAN NUYS, CA – Earlier this month, Van Nuys Councilman George Christopher Thomas won the election for Council President with 100% of the vote.  Thomas previously served as Council President from 2012-2016, but was not eligible to run again due to term limits.  This will be his fourth term as the President of the largest council district in the San Fernando Valley. 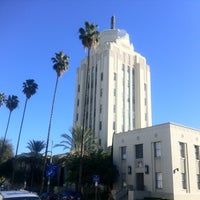 “It is a great joy and honor to win the election for Council President, but there is a lot of work that needs to be done.  Van Nuys is the heart of the Valley, and with that we get all the issues facing a major city. We have crime, gangs, homelessness, blight and quality of life concerns that need to be addressed.  But this is our community, and by getting the public more involved in our local government, we can begin to turn the tide and build a better tomorrow for each other and the next generations,” said Council President & Honorary Mayor George Christopher Thomas.

“Over my first 100 days as Council President, I will be releasing Executive Orders, Operational Memos and Presidential Decrees outlining a plan to address our numerous regional concerns.  We will be working with the Federal Bureau of Investigation (FBI) on sex trafficking issues, the Council of Governments (COG) on transportation infrastructure improvements, and the Los Angeles Fire Department (LAFD) on emergency preparedness. We plan to partner and collaborate with every level of government, host a “Distinguished Speaker Series,” and even organize some political debates,” said Council President & Honorary Mayor George Christopher Thomas. 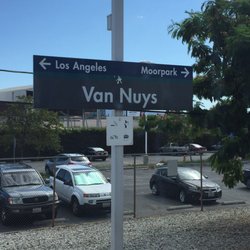 “If you care about Van Nuys and the region, please get more involved with the Van Nuys Neighborhood Council.  We have numerous committee meetings every month, as well as the General Council Meeting which is always on the second Wednesday at 7pm. I hope to create a thriving “Ambassador Program” for more people to get involved, so there is amble opportunity to serve the community and improve the quality of life in Van Nuys. I am humbled and honored to be elected Council President, and thank my council colleagues for placing the gavel in my hands once again. There is much to be done, so with that I say, Let’s Do The Work!” said Thomas.

George Christopher Thomas was elected to his fourth term as Van Nuys Council President on November 8th, 2017.  Thomas has served as a Van Nuys Councilman since 2010, and currently works in the newspaper and media business.  Thomas is a direct descendant of two signers of the Declaration of Independence, as well as two Presidents of the United States. Thomas previously worked for a United States Congressman from 1997 – 2001, spending two years on Capitol Hill doing legislative and press work.  For more information on the Van Nuys Neighborhood Council, please visit www.vnnc.org)