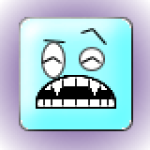 Recently as I was enoying dinner at one of my favorite restaurants, Black Angus, along with Jean Strauber, Travel and Entertainment Editor of the Government Center Gazette and Van Nuys News Press, and we reminisced about dining establishments that we enjoyed during our youth. Being a transplant from Philadelphia I recalled the glorious days of the H&H (Horn and Hardart) chain of eateries, especially the Automat. In today’s world there are vending machines for practically anything and everything, especially candy and food items.

However, those of us (of senior age) from Philadelphia (and to a much smaller extent from New York City) can recall the Automat and, thereby, enjoy special pleasant memories. For it was the Automat where the walls were covered with little windows behind which there were sandwiches, pie and cake servings, bread and butter portions — and almost anything edible that didn’t require constant heat or ice.

A patron could enter the establishment and with the correct number of nickels — only nickels — as posted next to each window could unlock those windows and take the exhibited food to a table and enjoy a meal or a snack. The cutlery, trays and paper napkins were arranged on stands throughout the restaurant. In other words — the patrons could serve themselves from beginning to end. “Where did the patrons get the nickels?” is a logical question.

In each Automat there was a cashier station in which sat a woman (I never saw a man at this service) who spread out the correct number of nickels into little marble troughs for any amount of money placed on her counter for the change. (In those deep depression days there were seldom any patrons who needed change for paper money above a $10 bill.) There was one cashier I remember as probably having absorbed the material of the contents of the nickels, because her face, neck and hands were the silver color of those 5-cent pieces. If a customer wanted hot food he would get a tray at a cutlery stand and join the line of patrons at the steam table.

After telling the server behind the counter what the diner wanted — or just pointing to it — the server using a large spoon to put the portion on the plate, told the diner how many nickels to put in the receptacle in front of the tray tracks. As I recall each server’s spoonful of a requested vegetable was one nickel. Meats and fish were more costly. A diner having chosen his meal then looked for a vacant table — or a vacant seat at a partially occupied table. Dining tables had four seats and the diners could be friends or strangers to each other.

Sometimes conversations were held among the diners; strangers at the same table often opened conversations or everyone not known to each other ate in silence and exited upon completion of the meal. In a few of the busy automats eating-counters were placed at chest-level around large structural pillars and the consumers — always men — ate standing up. Hot beverages like coffee or cocoa poured out of a faucet that looked like a lion’s head.

A diner put only one nickel in the slot after having put a cup under the lion’s head and turned a handle and just enough coffee or hot chocolate poured into the cup below. As youngsters we loved the excitement of the automat – – putting nickels in the slots, turning knobs to open little glass doors or turning levers for beverages. The adults took it all in stride because it was convenient, swift, and comparatively inexpensive. H&H had several kinds of restaurants in Philly. (From what I’ve been told by New Yorkers, H&H operated only Automats there.) Some were “dining rooms” where a hostess led the patrons to a table. (Even there, strangers were often seated together.)

There were cafeterias where extensive counters were the dining arrangement. In some of these where the counter was long and straight there was a revolving belt about 8 inches wide that ran on the server’s side of the counter all the way to the kitchen. I don’t remember how the order was placed by the server — by a phone method or written order, but the food came out of the kitchen on top of the moving belt and somehow each server recognized his patron’s order and skillfully took it off the belt and placed it in front of the customer. The dirty dishes were put underneath the counter on the returning side of the belt to go back into the kitchen.

The menus and portions in all of H&H establishments were the same. As I recall the prices were the same or nearly the same. One might think the food was bland or tasteless. To the contrary: H&H patrons, even Automat diners, can recall the tasty quality of the food. The Harvard beets have never been duplicated. The quality of the succotash (corn and lima bean mixture) could not be equalled. And the pies were of the highest quality. The desserts of all kinds beckoned from behind those little glass windows seaming to say, “Eat us; we’re very tasty and only a nickel or two.”

And we patrons were eager to comply. In our neighborhood we were fortunate to have a H&H restaurant (unfortunately not an Automat) that had three sections: a counter, a dining room and what they called a “supper” room which was open only for the dinner hour. In the evening there was always a wait for a seat and that seat was often at a table where neighbors were already dining. The Automat was unique and exciting for us of the younger generation. From the time we could reach the nickel deposit slots we were thrilled at even the prospect of eating at the Automat. On a visit to the Smithsonian Museum many years after leaving my home town, I decided to lunch at the museum’s dining facility. As I was eating I saw on the wall the reincarnation of the Automat as an exhibit. There were windows, knobs and slots but no food in the enclosures or nickel-changing cashiers. Everything has its time and place. How fortunate I was to have had the adventure of dining at the AUTOMAT.