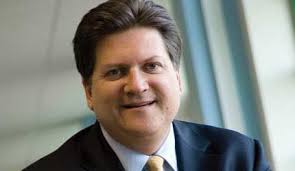 He is internationally recognized by the World Bank for his renewable energy efforts in Africa, as a Low Carbon Pioneer by MSNBC at Davos, and a world leader in energy policy by the Guardian Magazine in the U.K. Hertzberg is a former Speaker of the California State Assembly and will be returning to the Legislature this year as Senator representing the San Fernando Valley.

“We are honored to have Bob join our firm,” said Glaser Weil Managing Partner Peter Weil. “His 35 years of experience as a lawyer, work-ethic, dedication and vast knowledge will contribute to the continued growth of the firm.”

“Bob will be an excellent addition to our firm,” said Partner Patricia L. Glaser. “We are excited to have him join us and share his many years of legal expertise.  He is well respected in both the political and business spheres in Los Angeles and throughout the state he is known for his integrity, doggedness, dedication and experience.” 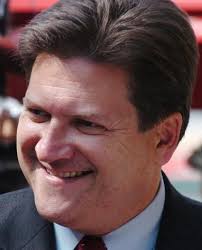 “I’m thrilled to be joining Glaser Weil,” said Hertzberg. “The firm’s level of commitment to its clients is second to none and is a testament to the firm’s reputation as one of the best law firms in the country.”

Hertzberg will be joining the firm’s government affairs practice headed by Thomas Levyn, former Mayor of Beverly Hills, and Tim McOsker, former Chief Deputy City Attorney and Chief of Staff to Los Angeles Mayor Jim Hahn.  Hertzberg will not advise clients on matters that may come before the Legislature or State Agencies. It is expected that he will advise on local issues, matters in other states, and on international projects.

“Glaser Weil is always looking for top notch talent and expertise in a variety of fields and Bob represents the best in both of these areas,” said Partner Tim McOsker. “No one can deny his passion for the issues set before him and we are excited to have a man of his integrity and ability join us as an integral part of our team.”

“Bob has been a terrific partner for the past 12 years,” said Phil Recht, Partner-in-Charge at Mayer Brown.  “Given our active practice before the Legislature and other state agencies, which would pose conflicts for Bob, we completely understand Bob’s need to move on.  We wish him the best with all his future endeavors.”

Since opening for business 26 years ago, Glaser Weil has been one of the nation’s premier mid-sized law firms, with approximately 100 attorneys.  Operating out of two Los Angeles area offices, in Century City and in Downtown Los Angeles, the firm provides successful, often cutting-edge, representation across a broad spectrum of practice areas in addition to government affairs, including litigation, intellectual property litigation, real estate, entertainment, general corporate, energy and environmental law.