“SB 270 strikes the right balance.  It will protect the environment and it will protect California jobs as the state transitions to re-usable bags,” said Senator Alex Padilla.

“Single-use plastic bags are not just a coastal issue.  They are found in our mountains, our deserts, our rivers, streams and lakes.  They are also in our parks and neighborhoods.  It is a statewide problem that deserves a statewide solution,” added Padilla.

Based on the experience of local jurisdictions that have enacted ordinances, a statewide policy would save local governments millions of dollars annually.  The combined cost of single-use plastic bags to California consumers and state and local government for use, clean-up and disposal is estimated to be in the tens of millions of dollars annually.  Eighty-six local governments throughout the state have adopted plastic bag ban ordinances covering more than 115 cities and counties combined.  In doing so, many of these communities have eliminated the significant costs associated with plastic bags, as well as substantially reduced the volume of bags entering their landfills.

“California is known throughout the world for its policies to protect the environment.  Many of our cities and counties have enacted local ordinances banning single-use bags.  It is time for a statewide policy,” said Padilla.

The plastics industry has been fiercely opposed to the legislation.  The “progressive bag alliance” has aired over-the-top attack ads seeking to intimidate the legislature.

“The so called, “progressive bag alliance”, is funded by the plastics industry.  These out-of-state special interests are out of touch with California and our values.  Californians care about the environment.  In cities and counties throughout the state, Californians are speaking out loud and clear in support of the bag ban,” said Senator Padilla. 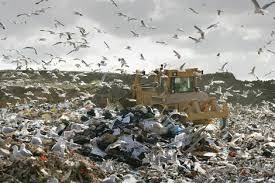 Last year a similar bill by Senator Padilla fell 3 votes short of the 21 votes needed for passage from the State Senate. At the time, Padilla pledged to redouble his efforts and seek passage of a single-use plastic bag ban this year. In January, at a press conference in Los Angeles, Senator Padilla, Senator De Leon and Senator Lara announced the new bill, SB 270 (Padilla, De Leon, Lara), which included language to address concerns regarding potential job losses at California plastic bag manufacturing facilities.

•     Prohibit, beginning July 1, 2015, grocery stores and pharmacies from making available single-use plastic bags.  If paper bags are offered to customers, they would have to include recycled content.

•      Provide up to $2 million in competitive loans to businesses transitioning to the manufacture of reusable bags.