Sometimes it’s a casual statement that jerks your head up: “… never seen the North Star..” Wow. I’ve been cruising the Equator for a week, traveling in the Galapagos Islands, seeing amazing things, but this observation stopped me dead in my tracks.
It came from the mouth of our hard working, charming Naturalist. It seemed so out of context because he has, for the last week, been mentoring our group in geology, topography, animal behavior, conservation, and meteorology as we traveled throughout the Galapagos. Evan (pronounced Yvonne in Spanish), is a native Galapageño. He was born on, and still lives on, the island of San Cristobal, one of the four inhabited Galapagos Islands. He, like other locals, does travel around Ecuador and South America, yet he’s never traveled further north than 10 degrees. Being aboard the 20 passenger Flamingo 1 gave us the luxury of having two Naturalists to ourselves. We could ask question after question, both Evan and his fellow Naturalist Renny (pronounced Ren-ay) were passionate about the ecological significance of the islands and the role it plays in understanding nature. Darwin spent 22 days actually on the islands collecting his samples. He took six days at sea to travel from one island to the next. We managed that distance between dinner and sunrise. 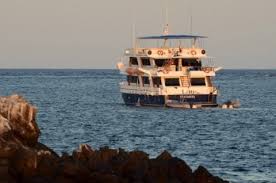 We had dragged Evan onto the sundeck after one of many unbelievably yummy dinners to look at the stars. I had tried to hunt for the Southern Cross on my own … no cell phones, no Skyview apps to help. On my search during an earlier night, at 11:00 p.m. the horizon had been covered in a bank of clouds; at 4:30 a.m. the moon had set and I could not tell east from north. Yet, I was determined.

The Big Dipper was almost unrecognizable. It was turned upside down near the horizon, now a fry pan set down to dry. It was missing a few stars that remained below the horizon. I always though the last star at the end of the handle was the North Star. Wrong. Even though Evan has never seen the North Star he coached me well enough so that when I got home, bingo! But we were on deck to track down the elusive, for us Northern Hemisphere-ites, Southern Cross. Putting the big fry pan over our shoulders pointed us in the general direction. The Southern Cross is a “pointer” to south. I expected it to be larger than life, and be in the configuration of Jesus on the cross, like the ones you see in churches. Wrong again! Darn. Six bright stars, four of which are in a skewed cross as if Jesus was carrying his cross down the Via Dolorosa. Take the distance between the two stars on the right, multiple by 4.5 in distance, then drop to the horizon, and you have located “South.” 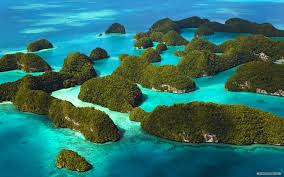 The Galápagos Islands, 620 miles off the coast of Ecuador, are a National Park, a UNESCO World Heritage site and a Biosphere Reserve. I’ve been on a plane ride and gone far from home, but until I got out into the middle of the ocean, on the Equator no less and searching for the Southern Cross, did the feeling of being so very far from home hit me.

When Evan started talking about celestial navigation, I imagined Thor Heyerdahl’s Kon Tiki experimental pae-pae reed boat, which sailed from Guayaquil, Ecudaor to the Galapagos island of Floreana in 1953; or Charles Darwin’s voyage on the HMS Beagle, a five-year journey of which 22 days were spent collecting samples ashore in the Galapagos in 1835. (The first colonists on Floreana had arrived a mere three years earlier. The colonists are alternately described as soldiers who had taken part in a failed coup attempt on the mainland, or convicts.) The islands must have been a stark sight indeed. How did they manage this celestial navigation business? As Evan says, “It’s the little events in the Galapagos which touch you deeply.”

Darwin took a while (until 1857) to sort out all he had learned while traveling on the Beagle. I’m still digesting everything. With Ecoventura and its three cozy yachts, including my Flamingo 1 this vacation was an amazing adventure. (ecoventura.com)