Debate In Van Nuys Is The Election Event Of The Season

“The council meetings in Van Nuys have become the place for political debates, because we hear everyone out fairly and equally, and address the complex issues facing our community.  We successfully hosted the LA County Sheriff’s Debate last year, and were thanked by all the candidates for our professionalism and class during the forum,” said Honorary Mayor of Van Nuys & Council President George Christopher Thomas. “The Van Nuys Neighborhood Council is really looking forward to hosting this debate, and asking the tough questions relevant to the 6th District of Los Angeles.  We are soliciting questions from the general public, and are inviting community leaders and the local media to participate as well,” said Honorary Mayor of Van Nuys & Council President George Christopher Thomas. 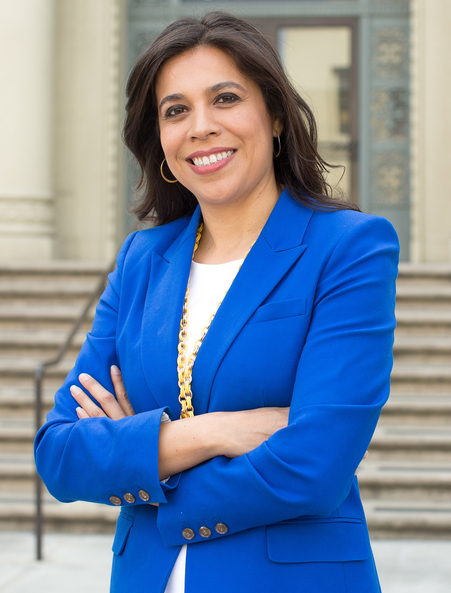 The debate is set to begin shortly after 7pm, and both candidates are confirmed to attend.  If you would like to submit a question, please email it to info@vnnc.org.  Van Nuys will also be celebrating its 104th Birthday at the council meeting, and cake will be served.  For more information on the Van Nuys Neighborhood Council, please visit www.empowerla.org or www.vnnc.org.

Opening Statements by each candidate. (3 minutes)  Discussion & Debate — Each candidate will be given 2 minutes to answer the questions.  Closing Statements will be 3 minutes as well, and the debate is scheduled for 90 minutes.  Multi-purpose room 1B (adjacent to the council chambers) will be available after the debate for the candidates, the press, and the public to follow up on questions and make statements.  The questions below are in no particular order, and are just a sample of what may be asked of both candidates.

Do you support passage of the Habitat Linkage Zone Ordinance? How would you vote on this as a council member?

What are your plans for pension reform?

Since passing in 2006(AB32) and 2008(SB375), outreach to educate Californians about our climate change laws has been dismal statewide and in the Valley. The Sepulveda Basin and areas within D6 are vital climate resiliency corridors. How would you allocate funds to create public outreach informing our community about climate change laws that mandate greenhouse gas emission reduction so average residents understand city ordinances regulating residential composting to remove organic matter from the landfill and community plan updates to conform to SB375 Sustainable Communities Strategy?

Do you believe that the City’s pension plans should be fully funded within 20 years?

Do you support light rail along the Northeast San Fernando Valley Transit Corridor? There is a big discrepancy between money set aside for the project and the money light rail would require, so Metro is trying to manage expectations and sell us on a busway. Considering that the Crenshaw Transit Corridor got light rail, is it fair that the Valley is being shut out again? How will you help bring home the money for doing this project the right way instead of the field-expedient way?

Do you support increased funding for the Neighborhood Council system?  Should DONE have more staff?

An improved economy in Van Nuys would mean an improved quality of life for all residents. What specifically would you do to bolster the Van Nuys economy?

Do you support the proposal that would allow the City to amend future benefits for existing workers as was supported by San Jose Mayor Chuck Reed?

Research indicates that 1 in 4 foster youth end up homeless after the first three years of emancipation. What would you do as a Council member to help to improve the lives of transition age youth in CD6?

Do you support the recent lowering of the investment rate assumption by the City’s two pension plans to 7½% even though it increased the City’s annual required contribution?

What is your vision for City Council District 6?

Under what conditions would you support the lowering of the investment rate assumption to 6½%, a benchmark recommended by Warren Buffett of Berkshire Hathaway fame and fortune?

North Hollywood has undergone a major face-lift, with many beautiful places built. What specifically can you do to help us, for the betterment of Van Nuys? This used to be the jewel of the valley, we have the government center here and we look downtrodden, how do we attract better businesses and polish our jewel for all to want to come here to Van Nuys?

How do you propose to finance the Mayor Garcetti’s plans for the Los Angeles River, Great Streets, and Sustainability?

Do you support the El Super Boycott?  Do you support all three facets?
a.  $15 wage minimum
b.  wage theft consequences
c.  5 days paid vacation

Mayor Garcetti pledged to phase out the $470 million gross receipts business tax? How would you replace the lost revenue?

What is your position on the bullet train designed corridors?  East Corridor?  SR 14 alternative?  Do you support the underground design?

How will you assure your constituents that you and your staff will be more available, and more responsive, with greater resolution to concerns?

Do you support transparent labor negotiations where all proposals and offers must be disclosed within 24 hours and that any proposed agreement be reviewed and analyzed by an independent third party prior to being approved by the City Council?

Do you support the Los Angeles proposed ban on the use of GMO seeds and plants within the City’s border?

Under what conditions would you support a half cent increase in our sales tax to fund the restoration of City services?

Do you support mixed-use development?  If so, where do you think would be good locations for such projects?  From where would funding come?

Do you support placing a measure on the ballot where voters would have the opportunity to accept or reject an amendment to reform our charter that would require the City to develop and adhere to a long term financial plan, pass two year balanced budgets based on Generally Accepted Accounting Principles, and, over the next twenty years, fully fund the City’s two pension plans and repair and maintain our streets, sidewalks, and the rest of our infrastructure?

What is your position on fracking and clean-energy campaigns (including the FIT Program, solar, wind, etc.)?

What is your opinion of changing the LA City Charter for the City Council and LAUSD Board of Education elections?

(I have one question for each candidate,… from a Neighborhood Councilmember in CD #6 — question emailed into info@vnnc.org.)
Cindy Montanez: “Why does you think that being a DWP lobbyist makes you a good candidate for City Council member?”
Nury Martinez: “How do we know who is influencing you, Councilwoman Martinez, when direct payments to your husband, vis-à-vis G7 Strategy, are not required to be reported to the public? How do we know that an unscrupulous developer or special interest group isn’t circumventing campaign laws and the City’s Code of Ethics by making direct payments to G7 Strategy in exchange for special treatment by you in your position as councilwoman?”

How do you intend to eliminate next year’s projected budget deficit of $165 million and the $425 million cumulative deficit over the next three years?

The City Administrative Officer is projecting a budget surplus of $24 million for the 2018-19 fiscal year.  It assumes that there will be no raises or cost of living adjustments for City employees and that civilian workers will contribute 10% towards the cost of the City sponsored health plan.  Do you support these assumptions?

Do you support the unanimous recommendation of the LA 2020 Commission to establish an Office of Transparency and Accountability to oversee the City’s finances?

How do you propose to pay for the repair and maintenance of our streets and sidewalks?

Do you support the LA 2020 Commission’s proposal to form a Committee on Retirement Security that will report its recommendations on how to “achieve equilibrium on retirement costs by 2020” within 120 days?

Do you support the City’s creation of the new tier of pension benefits for new civilian employees even though the Employee Relations Board questioned its legality?

When are you going to LOWER taxes?

Question #35
When are you going to do something about the traffic jams. One suggestion would be to stop encouraging building in already too dense areas.

Do something about the police. When we call dispatch we are put on hold TOO long. I respect the police and think they are doing a great job and we need more of them. When are you going to stop putting money into welfare programs (homeless shelters, A/C for seniors on hot days, etc.) and use it to hire more police.

In 2012, when Nury Martinez was on the board of the Los Angeles Unified School District, she and the other board members voted to eliminate the school district’s adult education program. Due to protests by students, teachers, and other community members, including a unanimous vote in opposition by the city council, the board decided to keep one-third of the adult schools open, but two-thirds were closed. Van Nuys Community Adult School, in the council district, remained open, but only as a small branch campus. Numerous teachers were laid off, programs were eliminated (including Citizenship), and classes were closed. Now there are long waiting lists for students, and a once-vibrant part of the community is now an empty shell. What do the candidates think about the role of adult education in the Van Nuys community?

I am a long time resident of Van Nuys, own a home and founded a 501 c 3 nonprofit that has been operating out of Van Nuys since 2009.  We have a pilot program –  Autism Works Now! that we will be a start-up small business. This program will act as a temporary employment agency for individuals with autism and related disabilities and will work with employers in Van Nuys and the surrounding areas to provide employees for businesses on a daily/weekly/monthly basis.  What kind of support in the way of office space and business outreach can we expect from you and the Van Nuys council office in our first year phase of assisting individuals with disabilities find meaningful employment and be a part of their communities?  Thank you.

If elected or reelected to the Los Angeles City Council what measures will you take to inform the residents of city services that provide for the removal of bulky items? On that same topic in the case of the available city services, what will you do to insure that these items dumped on our city parkways are picked up in a timely manner? In addition what can be done to encourage property owners to maintain their property so that it is their responsibility to insure that our streets do not become a dumping ground for unwanted items by their tenants?

My question for Nury and Cindy is this. The stakeholders of Lake Balboa want a definitive answer to the proposed development by the Moss Group on the corner of Balboa Blvd. and Victory Blvd. Will they let the rezoning happen. Yes or no. Thank you.

Please ask the candidates what they can do with the Sun Valley landfill, how to stop global warming, and alcohol drinking in public at our community gardens.

What can be done about the sex trafficking and prostitution along Sepulveda Boulevard in Van Nuys?  Why does Van Nuys have so many mental care facilities, our community is the most saturated in all of Los Angeles? What can be done about the murder rate and gang problem in the mid valley, Van Nuys was the murder capital of Los Angeles in 2014.  Do you support required after school programs and sports, would this alleviate the boredom of our at risk youth?