50 PERCENT OF CALIFORNIANS WILL GET CANCER. THIS LEGISLATION COULD HELP THEM SURVIVE.

The bill will help focus the use of technology in the medical world, including so-called “precision medicine.” Precision medicine allows doctors to use a patient’s DNA to fight diseases, by customizing gene therapy to each individual patient. 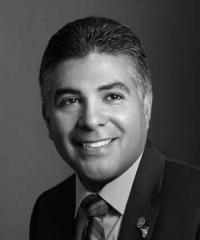 An emergent use of precision medicine includes fighting cancer, which is predicted to strike half of all Californians. In cancer patients, precision medicine could stop the need for chemotherapy and radiation, therapies which attack patients almost as much as their cancers.

“The purpose of this legislation is critical to our nation,” Cárdenas said in the committee hearing Thursday morning. “It will help lead to discoveries and innovations in precision medicine not yet imaginable.”

Both active research and administrative changes were targeted in the legislation.

An amendment to the bill that was approved Thursday morning will also focus on a priority of Cárdenas’: improving the diversity of medical researchers. NIH will be responsible for creating a strategic plan that, in part, prioritizes maintaining “the biomedical workforce of the future, including participation by scientists from groups traditionally underrepresented in the scientific workforce.”

Cárdenas continued, “Diversity is critical in the biomedical workforce. Without it, we know that the most creative minds and perspectives are kept from collaborating, thereby stunting innovation and the field as a whole. As the President has said, we’re always better when we field a full team. When so many people are hurting from the loss of their loved ones, we owe them nothing less. Diversity in the biomedical workforce is not a luxury, it is a necessity.”

21st Century Cures passed the Energy and Commerce Committee unanimously and will now move to the House floor for a future debate.