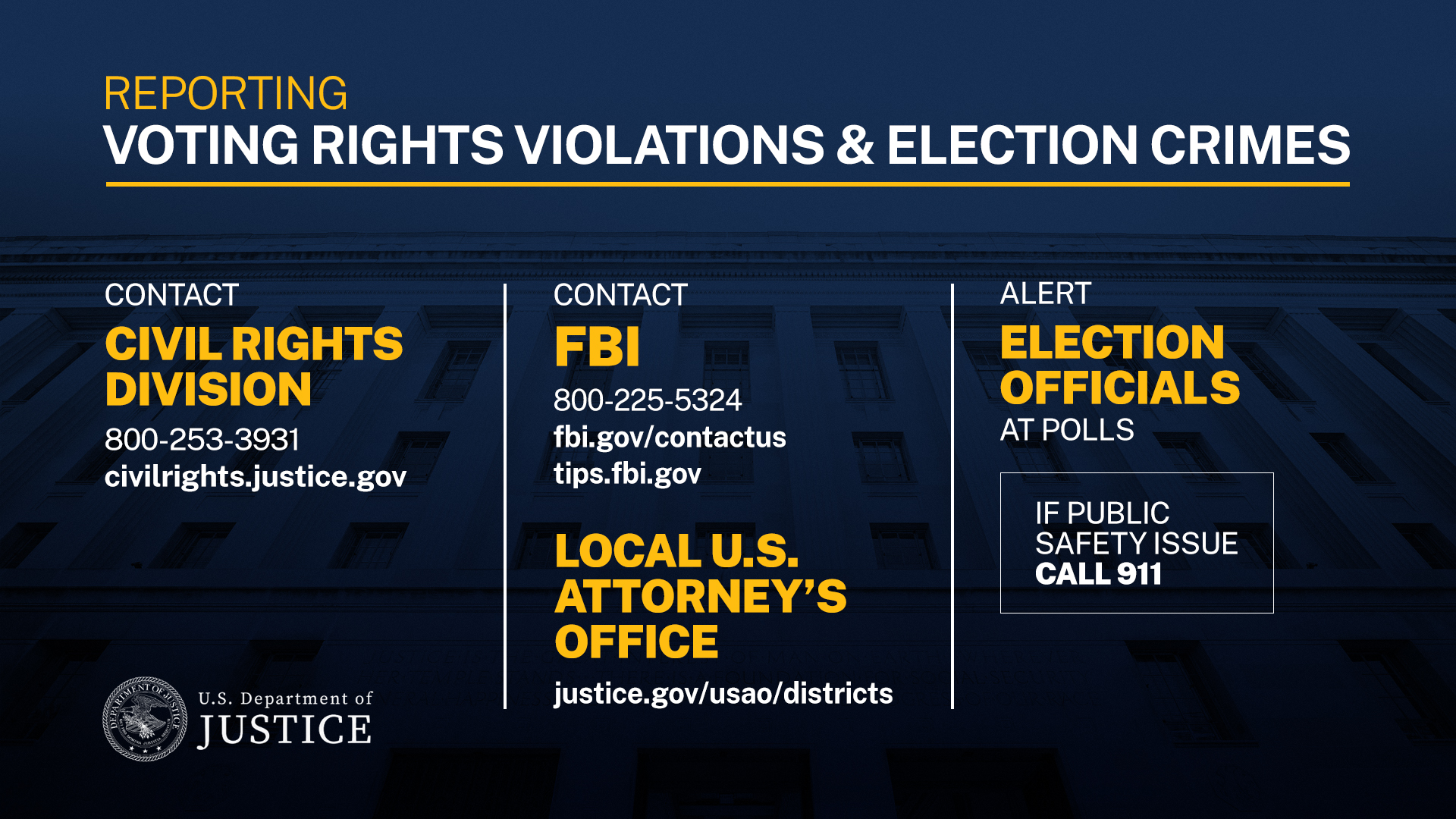 For the general election, the Civil Rights Division will monitor for compliance with the federal voting rights laws on Election Day and/or in early voting in 64 jurisdictions.

Monitors will include personnel from the Civil Rights Division and from U.S. Attorneys’ Offices. In addition, the division also deploys monitors from the Office of Personnel Management, where authorized by federal court order. Division personnel will also maintain contact with state and local election officials.

The Civil Rights Division’s Voting Section enforces the civil provisions of federal statutes that protect the right to vote, including the Voting Rights Act, the Uniformed and Overseas Citizens Absentee Voting Act, the National Voter Registration Act, the Help America Vote Act and the Civil Rights Acts. The division’s Disability Rights Section enforces the Americans with Disabilities Act (ADA) to ensure that persons with disabilities have a full and equal opportunity to vote. The division’s Criminal Section enforces federal criminal statutes that prohibit voter intimidation and voter suppression based on race, color, national origin or religion.

On Election Day, Civil Rights Division personnel will be available all day to receive complaints from the public related to possible violations of the federal voting rights laws by a complaint form on the department’s website https://civilrights.justice.gov/ or by telephone toll-free at 800-253-3931.

Individuals with questions or complaints related to the ADA may call the department’s toll-free ADA information line at 800-514-0301 or 833-610-1264 (TTY) or submit a complaint through a link on the department’s ADA website, at https://www.ada.gov/.

The Justice Department recently announced its overall plans for the general election to protect the right to vote and secure the integrity of the voting process through the work of the Civil Rights Division, Criminal Division, National Security Division and U.S. Attorneys’ Offices.

More information about the federal civil rights laws is available on the Civil Rights Division’s website at https://www.justice.gov/crt.