Profile Of The Major Cities Of Texas

TEXAS, USA — It is hard to imagine that six of the twenty largest cities by population in the United States are all in one state, Texas.

In order these are Houston, San Antonio, Dallas, Austin, Fort Worth and El Paso. Although all are large they are quite different in character and amenity but all offer numerous attractions for the visitor. On a recent visit to Texas I visited all except El Paso which is located at the western side of the state on the Mexican border many miles from the others.

Personally I found Houston and Dallas to be rather overwhelming especially the incredibly busy road systems with huge volumes of traffic and quite daunting clover leafs. The other cities were more relaxed and evinced a slower pace.

Houston as an ‘inland’ city but surprisingly is one of the busiest ports in the US as it is linked to the Gulf of Mexico by the 92km long Houston Ship Canal. It is a major airplane hub, financial and medical research centre. The major attraction for most visitors is the Houston Space Center (NASA Mission Control operated out of Houston) which houses a full-scale high-fidelity replica of the Space Shuttle, a huge collection of moon rocks and lunar samples and theatres related to both the future and past of America’s human space flights.

For keen shoppers The Galleria with 375 stores is the fourth largest mall in the US while for sports lovers the famous Astrodome was the prototype for domed stadiums.

Dallas will always be remembered as the place where John F Kennedy was assassinated in 1963 when his motorcade passed through Dealey Plaza. In recent times the sixth floor of the infamous Texas Book Depository has been turned into a brilliant exposition of that day and the aftermath with many people still challenging the theory that Lee Harvey Oswald was the assassin. You can go up to the 7th floor and from the window imagine the path of the fatal bullets.

Another favourite is the George W Bush Presidential Center located on the campus of the Southern Methodist University in suburban University Park. Opened in 2013 it offers an interesting perspective on the main features and achievements of the eight years Bush was in the White House. The recreation of the Oval Office at the White House is particularly attractive.

For somewhere quieter the Dallas Botanic Garden and Arboretum in East Dallas on the shore of White Rock Lake are justly renowned.

The Dallas Fort Worth International airport lies between the two cities and is the third busiest in the world From Dallas an enormous construction program is underway to improve access but at the moment is causing terrible traffic snarls.

Although only separated by about 50km, Fort Worth is a much more relaxed city with relatively little traffic. The best way to get between the two is an hour ride on the TRE train

Fort Worth divides into a number of ‘parts’ with a wonderful cultural precinct just to the south west of the downtown area. As well as the Botanic Gardens the cultural precinct has museums and galleries and musical venues.

The highlight for me was the free Kimbell Art Museum established in 1936 by the Kimbell family. An amazing collection of about 350 items in two adjoining buildings ranging from collections of Egyptian, Greek and Roman antiquities to Asian art and works from Mesoamerican and African cultures to paintings covering the gamut from antiquity to the 20th century. The family must have had a superb eye as well the finances to buy these masterpieces which include works by Caravaggio, Matisse, Monet and Picasso.

Downtown is only a smallish rectangle of blocks dominated at one end by a lovely large Court house on Main St. Further down Sundance Plaza with huge umbrellas and a dramatic fresco of Texas longhorns is a pleasant place for a snack or coffee. The Bass Performance Hall offers concerts, operas and plays; two 15m high angels sculpted from Texas limestone grace the grand façade.

Fort Worth is famous as a centre for cattle and the Stockyards about 5km north of downtown feature a twice daily ‘parade’ (11.30am and 4 pm) of a number of Texas longhorns accompanied by mounted cowboys. Very colourful and the area comes alive with many shops selling appropriate western gear. 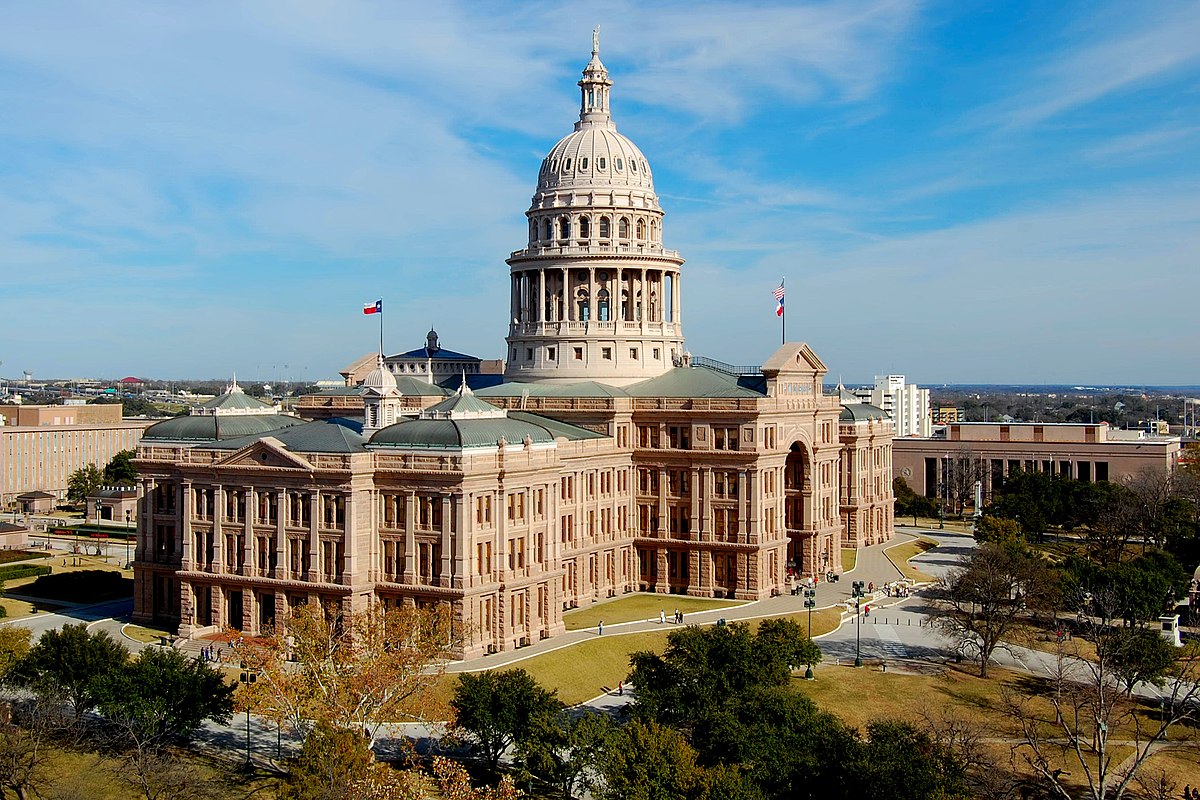 Austin is the capital of Texas and lies about 100 miles south of Dallas and Fort Worth. It is regarded as one of the most liberal cities in Texas (the state has been predominantly Republican since the 1990s) with a large university sector.

The State Capitol dominates the city centre. Set in parkland it conforms to the standard design of capitols with a huge central dome. It is worth a visit to see the two splendid representatives and senate chambers, meeting rooms and the soaring cupola.

South of downtown is trendy SoCo along South Congress St. Plenty of shops, boutiques and bars and restaurants; to reach there you cross over the Colorado River the foreshores of which is busy with runners and other fitness types and perfect for a picnic. From there you get a perfect view of the Austin skyline.

San Antonio is one of the country’s most historic cities and a cultural and financial centre before oil replaced cattle as Texas’s source of wealth. It has a number of military bases.

Four 18th century Spanish missions have been preserved while another one, the Alamo, was turned into a fort in 1793. 187 Texans including the legendary Davy Crockett held out there against the Mexican army for 11 days in 1836. None survived. Now the Alamo (a UNESCO World heritage site since 2015) is remembered as the place of a heroic struggle against overwhelming odds and it is very moving to visit and learn more in moving displays.

Close to Alamo the River Walk is a network of pedestrian walkways on both sides of the San Antonio River. Lined with shops, bars and restaurants the River Walk is a pleasant place to stroll and relax or join one of the many tourist boats for a glimpse of many features of the city’s history. It has been referred to as ‘the American Venice’.

Texas is very flat and an interesting detour from either Austin or San Antonio is to the Texas Hill Country although the ‘hills’ are small. In the 1830s large numbers of Germans migrated to Texas and set up enclaves in towns such as New Braunfels, Boerne and Fredricksburg. Even today there are many reminders of their presence in buildings, signs and vineyards; in Boerne the Main Street is called Hauptstrasse.

Lyndon B Johnson came from this area and you can visit his old ranch (still operating) near Johnson City He used to hold many important meetings there (Texas White House) under the spreading oak trees.