BANDON DUNES, OR — Decades ago, another guy fell in love with the game of golf. That wouldn’t have made for much of a story, except this wasn’t just any guy. Mike Keiser had achieved great success in business and had the resources to pursue his passion. He traveled to the birthplace of the game to absorb the traditions and heritage of the last 500 years of golf and to play in the elements where the game was invented. He was so inspired that he decided to build a golf course on Lake Michigan, a nine-hole course that would eventually become the highest ranked in the U.S.

Over the years, he played many of the world’s best courses, most of which were private clubs, and became committed to the principle that every golfer should have the opportunity to play great courses. It was then that he decided to build his own vision of what golf should be.

He discovered the ideal property in the sand dunes near Bandon, Oregon, and then made three important decisions. First, he hired friend and confidant Howard McKee to develop a land plan and work with City and County officials to move the vision forward.  Second, he retained KemperSports to manage the construction phase and to assume overall management of the project when completed.  Third, he hired an untested young Scotsman, David McLay Kidd, the son of the legendary head agronomist at Gleneagles in Scotland, to design the first course.  David spent 18 hours a day studying the land in order to fulfill Mike’s vision of a true links experience. Bandon Dunes opened in 1999 to unprecedented reviews and remains one of the finest links courses in the nation.

The first course alone put Bandon Dunes on the map of favorite American golf destinations, but Mike wasn’t finished. He retained the services of Tom Doak, noted minimalist golf course architect and one of the world’s foremost authorities on links golf, to work the dunes just north of Bandon Dunes to create Pacific Dunes.  Opened in 2001, the course has consistently ranked among the very best courses in the U.S.

His vision not yet complete, Mike then turned to renowned architects Bill Coore and Ben Crenshaw to design the third course, Bandon Trails.  Opened in 2005, the course offers a journey through the same kind of land where the game of golf was born. Starting on massive sand dunes, working through open meadows to an upland coastal forest, then finishing again in the dunes, the course was the perfect complement to Bandon and Pacific Dunes. 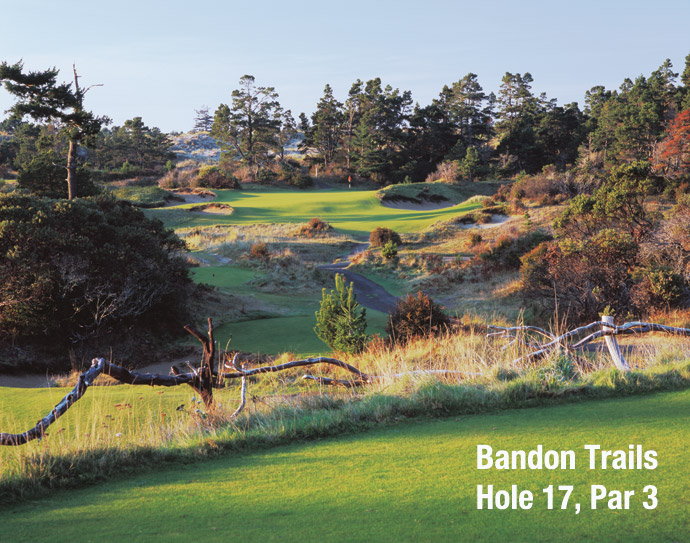 The fourth course opened in June 2010, and it came from special inspiration. Of all the incredible tracks around the world Mike has had the opportunity to play, his favorite remains National Golf Links on Long Island. Designed by Charles Blair Macdonald, the course opened in 1911 and ushered in the Golden Age of Golf Architecture in the U.S. One question burned inside Mike Keiser: What would his favorite golf course architect have done with the pristine land at Bandon Dunes? Mike asked Tom Doak and Jim Urbina to return, this time to work the sand north of Pacific Dunes and design a course in the tradition of C.B. Macdonald’s masterpiece at National Golf Links.

As Bandon Dunes continues to grow, so does Mike’s vision of offering golf as it was meant to be.