The elephants are in mourning and very agitated.

Amongst the stark foliage of the trees lining the Chobe River in northern Botswana a small family of elephants fret and stamp, emitting mournful noises. A few days earlier one of the herd was shot by poachers across the river in neighbouring Namibia and although it had managed to struggle back to its Botswana safe haven had had to be put down by game wardens. The remains of the huge carcass, quickly and efficiently devoured by lions and hyenas, are being mourned by the rest of the group.

The herd crosses the road in front of us, trumpeting their anger, before swimming across the river to a reedy bank to feed on the lush grass.

While most travellers to Africa tend to concentrate on the cities and game parks in South Africa together with excursions into Kenya and Tanzania for visits to tribes people like the Masai Mara or to see the amazing wildebeest and zebra migration around the Serengeti there are other parts of southern Africa that are equally rewarding and these include Botswana .

The Chobe National Park in the north east of the country covers over 11,000 sq km and offers enormous wildlife diversity. The most easily accessible area is close to the town of Kasane.

The park contains an amazing number of elephants (estimates range from 50 to 65 thousand) and there is considerable discussion as to whether the park can sustain this number. At most times of the day you come across large family groups that can be viewed either from the special ‘open’ vehicles on land or from cruise boats on the Chobe River.

Along the river large rafts of hippos wallow on the muddy banks, water buffalo graze the thick reeds, and crocodiles cruise languidly past waiting for tasty morsels. Families of baboons play at the water’s edge while in the scrubby vegetation on land I see impala, kudu, puku, warthogs and the occasional jackal. In the shade of a tree I spot a pride of ten lions; some of the lionesses have collars that are used to track their movements.

The birdlife of Chobe is equally diverse and I spot many varieties including geese, hornbill, stilt, spoonbill, plovers, marabou stork, vultures and the beautiful fish eagle, the bird that appears on the Botswana flag. White-fronted bee-eaters dart in and out of their nests in the muddy riverbank.

Situated on the edge of the Chobe River is the lovely Chobe Game Lodge and this is an ideal base from which to embark on game drives and boat cruises.

A contrasting highlight of a visit to Botswana is the Okavango Delta that incorporates the Moremi Game Reserve. The Okavango is one of the largest inland river deltas in the world, the waters from rivers like the Zambezi to the north spreading out over a huge flood plain before disappearing mysteriously into the vast ‘pans’ to the south. Access is generally through the town of Maun and remote camps (some quite luxurious) are usually reached by small plane. I stay at Xugana Island Lodge situated on the edge of a lagoon deep in the delta, a peaceful haven among the abundant wildlife. 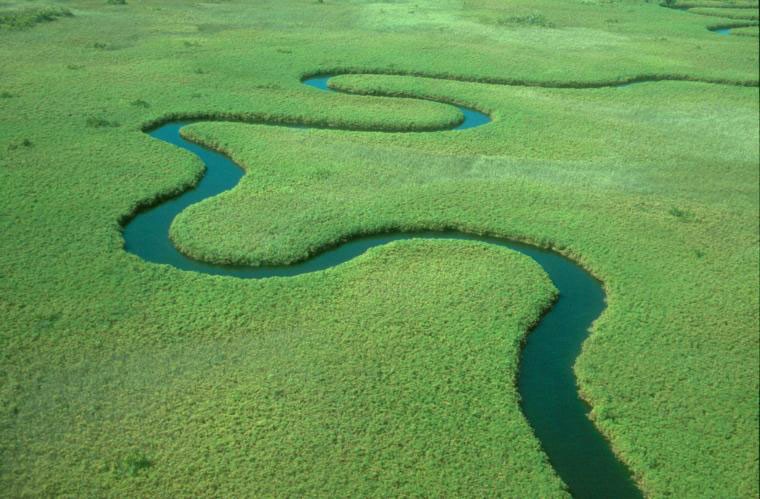 Exploration of the swampy country, channels winding through huge banks formed of papyrus and bull rushes, is by flat-bottomed boat or a local dugout called a mokoro. Over 400 bird species have been recorded including some very rare ones such as the fishing owl. On the islands that perch only centimetres above the swampy delta are found most major game species except rhino; I join a guided walk and pass quite close to lechwe, waterbuck, baboons and a solitary lioness and I am sure there are others silently watching our group pass by.

There are other parts of Botswana that emphasise the richness and diversity of the country. To the west of the Okavango Delta the Tsodilo Hills contain a wealth of rock art while most of central Botswana is covered by the dry desert of the Kalahari, home of the famous bushmen. 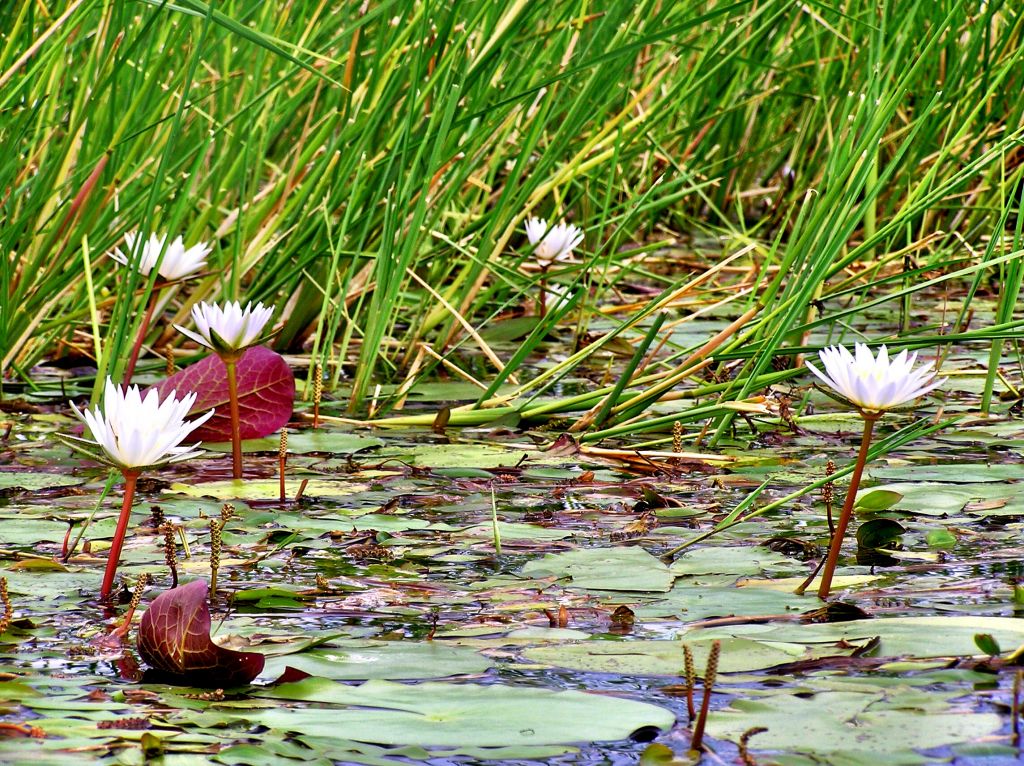 Close to Kasane, the most accessible town to Chobe National Park at Kazungula, the river crossing of the Zambezi passes a point where four countries Botswana, Zambia, Zimbabwe and Namibia meet. The vehicle and passenger ferry carries a steady stream of traffic in both directions and there is usually a long line of huge trucks on either side between Botswana.

From Kazungula it is only a short journey to Livingstone and the mighty Victoria Falls.

Best way to get to Botswana is to fly to Johannesburg in South Africa and take a short connecting flight to Gaborone or other smaller airports.

For more information on Botswana visit the website www.botswanatourism.co.bw