ANAHEIM, CA — This coming weekend at the California Democratic Party Convention, Honorary Mayor George Thomas will work alongside Democratic Delegate Rosemary Jenkins to pass a voter turnout resolution.
“Our Van Nuys Neighborhood Council passed this resolution in January, and we are very thankful to Delegate Rosemary Jenkins for helping us get this before the Democratic Party Convention.” said Honorary Mayor of Van Nuys George Thomas. 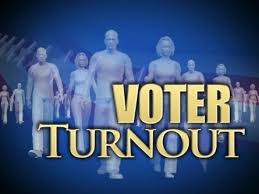 Whereas, the democratic process is based on the need for greater voter participation in order to produce a more effective and responsive government;  Whereas, current participation rates have increasingly gotten smaller over the years, and when voters do exercise their franchise at the polls, they frequently overlook the down-ballot;  Whereas, voter participation falls off during mid-term elections, be it resolved that we request the State Legislature consider a State Constitutional Amendment measure to declare every November Election Day in odd – and even – numbered years an Official State Holiday.