SACRAMENTO – California State Sen. Bob Hertzberg released the following statement upon his appointment this past Wednesday by Senate President Pro Tempore Kevin de León as the Chair of the Senate Committee on Governance and Finance.

“I am honored Senate Pro Tem Kevin de León appointed me to chair the Committee on Governance and Finance during this crucial time in our state’s financial history,” Hertzberg, D-Van Nuys, said. “California has many challenges, not the least of which is how government is financed and operates. I look forward to working with the Pro Tem and Gov. Brown to find ways to improve financing for higher education and K-12 education and to help local government with the goal of ensuring upward mobility for all Californians.”

The committee’s jurisdiction encompasses state and local government, taxes, land use and development, as well as state bonds. In addition, Hertzberg’s committee exercises oversight responsibilities over the state’s Franchise Tax Board and the Board of Equalization. 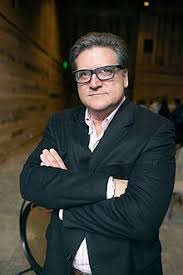 Hertzberg, who served as Speaker while in the Assembly from 1996-2002, was elected last November to represent Senate District 18 (formerly Senate District 20). During the 12 years he was out of elected office, Hertzberg built an international renewable energy business; invested in solar, wind and electric-car projects; and worked for structural changes in government through two civic groups: California Forward and the Think Long Committee of California.

For more, visit Hertzberg’s Web site at the address below.