An In Depth Look At Sheila Khuel

Sheila James Kuehl served for eight years in the California State Senate and six years in the State Assembly. She represented over a million people on the westside of Los Angeles and the San Fernando Valley in a district that ran from the ocean to Hollywood and Westlake Village to Universal City. In 2008, she left the legislature under California’s term limits statute.

She currently serves as Founding Director of the Public Policy Institute at Santa Monica College, an institute devoted to undergraduate and community education and the exploration of public policy at the local level. In the Spring of 2012, she was appointed Regents’ Professor of Public Policy at UCLA, and taught a class for graduates and undergraduates on the role of law and regulation in the formation of public policy. She has produced and moderated two television series for the City of West Hollywood, drafted a Model State Code on Discrimination and Bullying and another on Marriage for the Williams Institute at the UCLA Law School and consulted with Planned Parenthood and others on a variety of public policy issues. 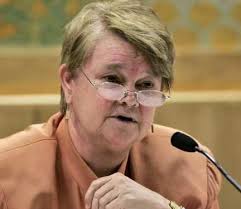 She was the first woman in California history to be named Speaker pro Tempore of the Assembly and the first openly gay or lesbian person to be elected to the California Legislature. A former pioneering civil rights attorney and law professor, Sen. Kuehl chaired the Judiciary Committee in the Assembly and both the Natural Resources and Water Committee and the Health Committee in the State Senate. She was a member of the Budget and Appropriations Committees in both houses, chaired the Senate Budget Subcommittee on Resources and Energy, and sat as a member on virtually every committee in both houses.
In her fourteen years in the State Legislature, Sen. Kuehl authored 171 bills that were signed into law, including legislation to establish paid family leave, establish the rights contained in Roe vs. Wade in California statute, overhaul California’s child support services system; establish nurse to patient ratios in every hospital; require that housing developments of more than 500 units have identified sources of water; further protect domestic violence victims and their children; prohibit discrimination on the basis of gender and disability in the workplace and sexual orientation in education; increase the rights of crime victims; safeguard the environment and drinking water; and many, many others. She led the fight in the legislature to achieve true universal health care in California.

She was selected to address two Democratic National Conventions on the issue of family violence and the issue of diversity. George magazine selected her as one of the 20 most fascinating women in politics and the California Journal named her “Rookie of the Year.” In two successive sessions, the California Journal chose her as the Assembly member with the greatest intelligence and the most integrity and Capitol Weekly named her the most intelligent member of the Legislature.
Prior to her election to the Legislature, Senator Kuehl drafted and fought to get into California law more than 40 pieces of legislation relating to children, families, women, and domestic violence. She was a law professor at Loyola, UCLA and USC Law Schools and co-founded and served as managing attorney of the California Women’s Law Center.

Senator Kuehl graduated from Harvard Law School in 1978 where she was the second woman in the school’s history to win the Moot Court competition. She served on the Harvard University Board of Overseers from 1998 to 2005. She received her undergraduate degree at UCLA.
In her youth, she was known for her portrayal of the irrepressible Zelda Gilroy in the television series, “The Many Loves of Dobie Gillis,” as well as the role of Jackie Erwin on TV’s first filmed series, “Trouble With Father.”