LAS VEGAS, NEVADA — Jerry Seinfeld returns to The Colosseum at Caesars Palace for two nights of his signature stand-up comedy April 12 and 13. Tickets are available for purchase beginning Saturday, Jan. 5 at 10 a.m. Members of Caesars Entertainment’s Total Rewards program will have access to an exclusive pre-sale from Wednesday, Jan. 2 at 10 a.m. to Friday, Jan. 4 at 10 p.m. 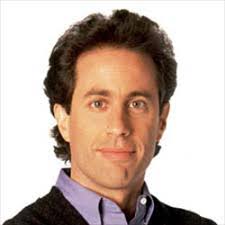 Jerry Seinfeld is best known for his role on NBC’s “Seinfeld,” the most popular and successful sitcom on American television, which was chosen as the best sitcom ever in a poll conducted last month by Vanity Fair and 60 Minutes.  His internet show “Comedians in Cars Getting Coffee” launched in 2012, garnering critical raves and more than 10 million streaming views.  His book “Seinlanguage” was released in 1993 and went on to become a #1 New York Times bestseller.  Winning critical acclaim for such diverse projects as “Bee Movie,” touring stand-up comedy performances, and guest-starring with longtime collaborator Larry David in the hit HBO TV show “Curb Your Enthusiasm,” Seinfeld continues to reign among the nation’s most popular comedy stars. He has headlined The Colosseum since Dec. 2003 and previously headlined the resort’s Circus Maximus Showroom.