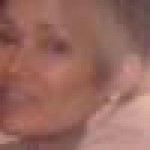 The REINS Act would require that Congress review and approve any new regulation expected to cost more than $100 million. In 2010 alone, despite the weak economy, the Obama administration issued 3,752 new rules – and 224 of them cost more than $100 million. The REINS Act would go a long way toward stemming the tide of costly and regressive regulatory policies coming from Washington.

Economic recovery has been anemic this year. The most recent jobs figures from the Department of Labor put the national unemployment rate at 9.2 percent, with 14 million Americans still out of work. A big reason for lagging job creation is the mounting regulatory burden on private enterprise.

Right now, there are roughly 170,000 federal business regulations currently on the books. Written in fine print, single-spaced and double-columned, they fill about 150,000 pages of text. In 2008 alone, regulations cost the U.S. economy $1.75 trillion, according to a report from the Small Business Administration. That’s equal to a whopping 14 percent of the nation’s gross domestic product.

Add that to the nation’s tax burden, and it’s easy to see how the federal government is stifling businesses, undermining employment growth and handicapping America’s global competitiveness.

Surely, not all of Washington’s regulations can be said to improve workplace safety or public health. Unaccountable bureaucrats continue to establish new hurdles for business owners to jump through without regard for the costs imposed. Managers get buried under paperwork that often provides little to no value to their workforces or the public.

Small companies tend to run on very thin profit margins. So even small upticks in operating costs can force them to take drastic measures, like reducing new hires, imposing layoffs or even declaring bankruptcy.

In my experience as the principal of a technology consulting firm, compliance with the standard battery of employment and tax rules at all levels of government easily consumes 20 percent of my time in any given year.

Many of our clients are small to midsize business in heavily regulated industries like health care and finance. In these industries, regulatory challenges are among the most often-cited factors in investment and procurement decisions.

The global marketplace is already turbulent and hyper-competitive. Business owners shouldn’t have to worry about their decisions running afoul of needless regulations.

Without congressional action, these regulations show no sign of letting up.

This out-of-control rulemaking has to stop. Federal officials are severely hampering the private-sector dynamism proven to generate prosperity and economic opportunity. That’s why, even if the REINS Act passes, lawmakers must launch a broader effort to scale back unnecessary rules on industry.

To start, officials need to establish nonpartisan, independent review processes to examine new and existing regulations and determine their actual costs and benefits. Currently, agencies can often impose new rules on industry without ever having to justify them or examine their economic consequences.

Some economic sectors are now suffocating under layers of redundant regulation, as separate rulemaking authorities have each imposed the same restrictions without checking first to see if similar statutes already existed. This confusion and regulatory overlap contributes to the uncertainty dampening investment and employment.

The American economy is an intensely complicated place. A cursory understanding of a given industry often isn’t enough to effectively regulate it. Worse still, when regulatory actions are driven by political concerns, there tend to be significant economic costs.

Finally, officials need to reform the permitting process to allow new businesses to quickly get through the paperwork and start growing. Too often, valuable new business ideas die off while stuck in the approval process.

Today, government micromanagement is smothering private business and slowing recovery. Unless Congress steps in to cut down on the regulatory thicket, the economy will continue to stagnate and could fall back into recession. Policymakers need to reform the nation’s regulatory system – fast.

Kmele Foster is the co-founder and vice president of TelcoIQ, a telecommunications consultancy. He is also the chairman ofAmerica’s Future Foundation.