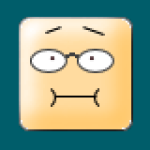 Today, the U.S. Department of the Treasury announced that two California community banks received a total of $19.3 million through the Small Business Lending Fund (SBLF). The SBLF, which was established as part of the Small Business Jobs Act that President Obama signed into law, encourages community banks to increase their lending to small businesses, helping those companies expand their operations and create new jobs.

The California community banks receiving funding as part of today’s announcement include the following. Additional SBLF funding announcements will be made on a rolling basis in the weeks ahead.

Small businesses play a critical role in the U.S. economy and are central to growth and job creation. Small businesses employ roughly one-half of all Americans and account for about 60 percent of gross job creation. But small business owners faced disproportionate challenges in the aftermath of the recession and credit crisis, including difficulty accessing capital.

The SBLF is one part of the Obama Administration’s comprehensive agenda to help small businesses access the capital they need to invest and hire. The State Small Business Credit Initiative (SSBCI), which is also a key part of the Small Business Jobs Act, allocates $1.5 billion to new and existing state programs that will leverage private financing to spur $15 billion in new lending to small businesses and small manufacturers.  A total of 54 states and territories applied to take part in the SSBCI and 21 states have already had their applications approved for $686 million in SSBCI funding.