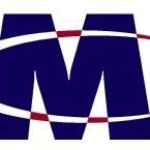 Top Ten fugitive James “Whitey” Bulger was arrested thanks to a tip from the public—just days after a new media campaign was announced to help locate the gangster who had been on the run for 16 years. Bulger, who once ran South Boston’s violent Winter Hill Gang and was wanted for his role in 19 murders, was arrested with his longtime companion Catherine Greig Wednesday night in Santa Monica, California, by agents on the FBI–LA Violent Crimes Task Force. “Although there are those who doubted our resolve, it never wavered,” said Boston

Special Agent in Charge Richard DesLauriers. “We followed every lead, we explored every possibility, and when those leads ran out we did not sit back and wait for the phone to ring. The result is we have captured one of the FBI’s Ten Most Wanted Fugitives, a man notorious in Boston and around the world for the very serious crimes he is alleged to have committed.”

The FBI has always relied on cooperation from the public to help capture fugitives and solve crimes. The new media campaign regarding Bulger was designed to draw attention to Greig, who fled with Bulger in 1995. A 30-second public service announcement (PSA) produced by the Bureau began airing Tuesday in 10 states where it was believed Bulger had resided or still had contacts. California was one of those states.

The PSA focused on the 60-year-old Greig’s physical appearance, habits, and personality traits and was directed specifically at women who might come in contact with her at places such as the beauty parlor or doctor’s office.

After the PSA began to air, hundreds of tips flowed into the FBI, and one of them led to the arrest Wednesday night in a residence near Los Angeles. “We were trying to reach a different audience to produce new leads in the case,” said Richard Teahan, a special agent in our Boston office who leads a task force that has searched for Bulger around the world. “We believed that locating Greig would lead us to Bulger. And that’s exactly what happened.”

The PSA included pictures of Greig after her pre-fugitive plastic surgeries and other details including her love of animals and the reward of up to $100,000 for her capture. Although she was not implicated in Bulger’s crimes, Greig was federally charged in 1997 for harboring a fugitive.

The reward for Bulger is up to $2 million—the largest the FBI has ever offered for a Top Ten domestic fugitive. Bulger, 81, who is known for his violent temper, was arrested without incident and was scheduled to appear in a Los Angeles court. James Joseph “Whitey” Bulger, Jr. (born September 3, 1929) is a former crime boss who led the Winter Hill Gang based in Somerville, Massachusetts, in the United States. He also served as a top echelon informant for the Federal Bureau of Investigation in a controversial arrangement that allowed him to continue his criminal activities.

The disclosure by The Boston Globe and in various court cases of the corruption and illegal activities of federal agents involved with Bulger was a major embarrassment for the agency. After being tipped off to a pending indictment, Bulger fled the Boston area and went into hiding in December of 1994. Bulger was listed as a fugitive on the Federal Bureau of Investigation (FBI) Ten Most Wanted Fugitives list.

He was wanted for racketeering (under the Racketeer Influenced and Corrupt Organizations Act (RICO)), 19 counts of murder,

extortion, money laundering, conspiracy and narcotics distribution. On June 22, 2011, he was arrested at the apartment he had lived in for fifteen years in Santa Monica, California, along with his girlfriend Catherine Greig. He was 81 years old at the time of his arrest, and supposedly in poor health. Bulger and Greig were quickly extradited back to Massachusetts. They were brought under heavy guard to the waterfront federal courthouse in Boston, necessitating the closing of part of Boston Harbor.

Greig was arraigned in the federal District Court of the First Circuit in Boston on charges of harboring a fugitive and is currently seeking release on bail. Bulger has not sought bail. He remains in custody at the Plymouth County House of Correction in Plymouth, Massachusetts. Bulger is the older brother of the former American politician and President of the Massachusetts State Senate William “Billy” Bulger. Bulger’s father, James Joseph Bulger, was the son of parents from Newfoundland, now part of Canada. His father married Jane Veronica McCarthy, a first generation Irish- American, after he settled in Boston, Massachusetts. Their first child, James Jr., was born in 1929.

The elder Bulger worked as a laborer and occasional longshoreman. However, he lost his arm in an industrial accident, and the family was reduced to poverty. In May 1938, the Old Harbor Village public housing project (later known as Mary Ellen McCormack Housing) was opened in South Boston. The Bulger family moved into it and the children grew up there. Young James preferred the streets, but his younger brothers (Billy and Jackie), excelled at school. Jimmy Bulger was arrested in 1943 at the age of 14 and charged with larceny.

He by then had joined a juvenile gang known as the “Shamrocks” and would eventually be arrested for assault, battery and armed robbery and was sentenced to a juvenile reformatory. Shortly after his release in April 1948, he joined the United States Air Force. After his basic training, he was stationed first at the Smoky Hill Air Force Base in Salina, Kansas, and later in Idaho. Hardly a model airman, he was sentenced to the stockade for several assaults. He was also arrested in 1950 for going absent without leave. Nevertheless, he received an honorable discharge in 1952 and returned home to Massachusetts.