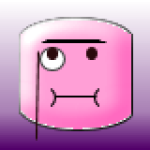 a series of sexual assaults committed by a police impersonator. In early June, 2011, Robbery- Homicide detectives were notified of a sexual assault that occurred in the West Los Angeles Area. A woman received a phone call from a man, who stated he was responding to an ad on the internet for an escort. The woman agreed to meet with the suspect, and upon doing so, he produced a police badge and identified himself as an LAPD police detective. The suspect handcuffed the victim and sexually assaulted her.

Through the course of the investigation, Robbery-Homicide Division detectives learned of an additional victim, who had gone to the West Los Angeles Area police station to report a sexual assault that occurred in May, 2011. The incident was identical to the above mentioned crime.

In the same month, another sexual assault occurred in the city of Rosemead, a jurisdiction of the Los Angeles County Sheriff’s Department. The incident was similar with the exception of the law enforcement agency the suspect was falsely representing. Detectives identified the suspect as Pedram Mehrian.

For information regarding this suspect or if you have been a victim of a similar crime, please contact Detective Carla Zuniga, Robbery-Homicide Division, Special Assault Section, Los Angeles Police Department, at 213-486-6910. During non-business hours or on weekends, calls should be directed to 1-877-LAPD-24-7. Anyone wishing to remain anonymous should call Crime Stoppers at 1-800-222-TIPS (800-222-8477). Tipsters may also contact Crime Stoppers by texting to phone number 274637 (C-R-I-M-E-S on most keypads) with a cell phone. All text messages should begin with the letters “LAPD.” Tipsters may also go to LAPDOnline.org, click on “webtips” and follow the prompts.