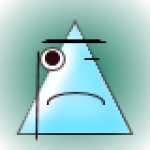 A lawsuit was filed in 2006 by Plaintiff Omar Hurtado, a suspect involved in a 2005 LAPD use of force incident. The lawsuit alleged constitutional violations. Following Hurtado’s death in 2008 from heart failure, the case was refilled in state court on behalf of his minor daughter. The 2008 complaint contained wrongful death allegations against the City of Los Angeles and the LAPD Officers involved in the incident. The plaintiff’s demands before trial were $1 million.

In the evening hours of March 29, 2005, Hurtado and a passenger, in a stolen vehicle, were identified as suspects in a robbery. Following a short vehicle chase with officers through residential areas of the Newton Division, Hurtado crashed into a retaining wall at the corner of San Pedro and 67th Street. Four pursuing officers exited their vehicles and ordered Hurtado and his passenger to do the same. As one of the officers lost his footing and fell on the street, Hurtado put the vehicle in reverse in the direction of the fallen officer. Three standing officers fired on the vehicle. The suspects’ vehicle continued in reverse until it struck the front of a police vehicle and then proceeded forward 25 feet and hit a parked car.Officers then took all suspects into custody.

As a result of the incident, Hurtado suffered a single gunshot wound to the back which left him paralyzed from the chest down. A review of the incident by the Police Commission found the shooting by the officers to be “in-policy”.

Superior Court Judge Michael Johnson presided over the jury trial which began on May 31. The jury returned a verdict in favor of the defense on June 13, after three hours of deliberation.